Astrophotographer Captures 107-Hour Exposure of the ‘Eye of God’

An astrophotographer has taken a 107-hour long exposure of the Helix planetary nebula known as the Eye of God. Officially dubbed “NGC 7293,” the nebula is a nearby cloud of gas and dust located in the constellation Aquarius.

“I work for an amateur and public astrophotography-focused observatory known as Deep Sky West which gets me access to a lot of equipment and a lot of pristine skies,” Matherne tells PetaPixel. “That image came from multiple years of shooting the Helix Nebula and the Eye of God.”

Connor Matherne has been capturing the nebula for years, steadily getting better and better images of the phenomenon as the technology has improved. He uses a Microline FLI ML16200 Camera designed for astrophotography. The camera was attached to a TOA-150 telescope with an AP1600 mount, plus what Matherne terms “a bunch of other odds and ends.” 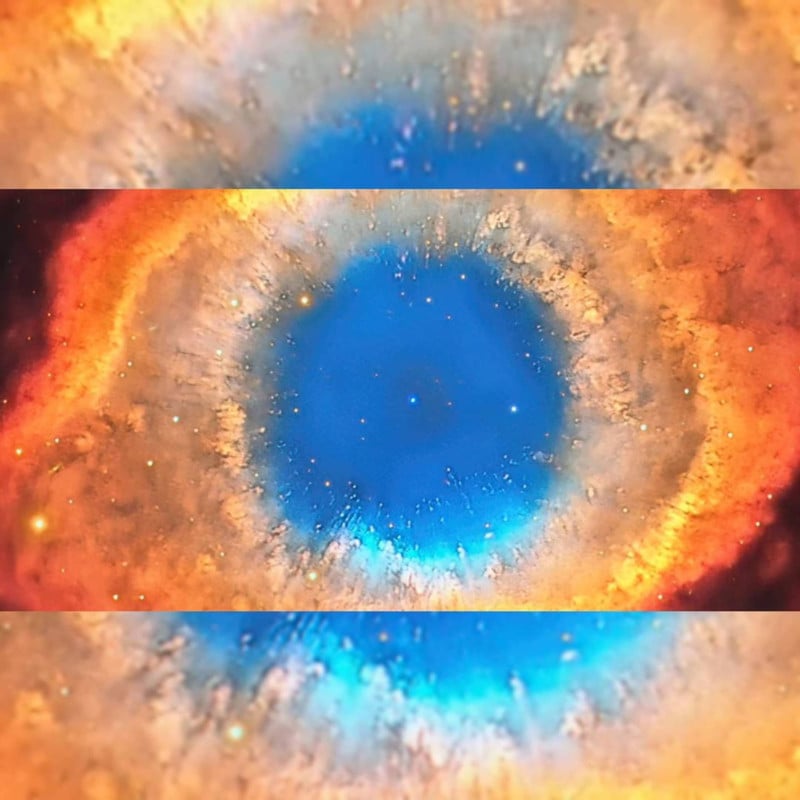 Matherne spent two years capturing the nebula over 50 years each year to create an eye-catching masterpiece. “In a way, this nebula is the one that started my passion for the stars,” Matherne continues, “so I had to make sure it was a true stunner, no ordinary photo could do.”

The Eye of God is located, about 650 light years from the Earth, and is the closest representation of the phenomenon for astronomers to observe. In fact, it was the Eye of God that piqued Matherne’s interest in astronomy. “Ever since seeing the silly email chain all those years ago about the Eye of God, I have been in love with astronomy,” he writes on Instagram. 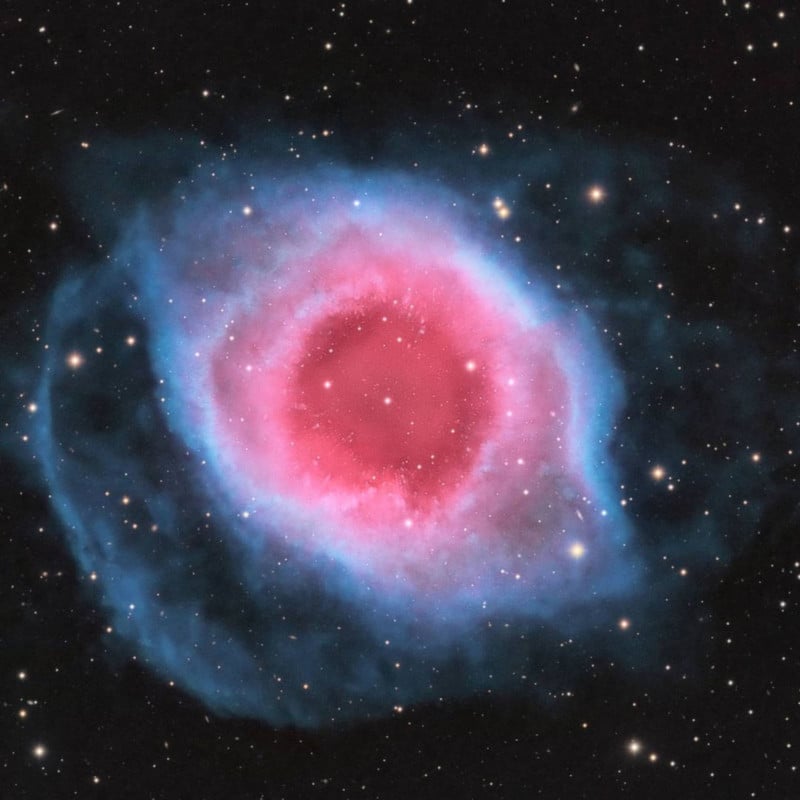 Matherne said on Instagram that the Eye of God nebula is a preview of what will likely be the future of our own sun billions of years from now. Planetary nebulas form from slowly dying stars, in a much less violent, and more so a gentle shedding of gas rather than a big “ka-boom” of a more sudden Supernova.

Matherne is known as “cosmic.speck” on Instagram, where he posts his stellar observations for all to enjoy. He has captured dozens of other interesting astronomic observations, but he keeps coming back to NGC 7293. “Never thought I would see the day where I pass the big 100 in terms of exposure on a single astrophoto,” Matherne concluded. “What a milestone! It could not have been done to a more favorite target.”

Here’s why it is the Ultimate Performance Flagship