Summer, sun and surfing – not self-evident for women in Sri Lanka. In a country with a complex mosaic of ethnic groups, cultural habits and religions, it is men who have the say in society. With his pictures, Leica photographer Gaël Turine wants to reveal the fun, determination and courage to subvert traditional, patriarchal codes. His female surfers dedicate themselves collectively to their passion – and in doing so cause waves by breaking the rules of the dominant patriarchy.

How did you come across the female surfers in Sri Lanka?
I was in Sri Lanka with my family for a two and a half-month break. I had told a few writers and editors that I would be available for any assignment in that country during my stay, and that’s how the female surfers story started. One of my best friends and colleagues, Caroline Laurent-Simon, a French writer who was part of the ELLE France staff for more than twenty years, had heard about the Sri Lankan women surfers a while ago and wanted to do a story. She proposed that I work on the story after she’d already been given the green light by Marie Claire, another French women’s magazine. As I was there, I could give serious help to the preparations: establishing the contacts, explaining the story to the people involved, designing a budget, organizing the logistics, and so on. Two weeks after her first call, she joined me in Sri Lanka and we both drove to Arugam Bay, where the women’s surf club is located.

Is surfing a sport that particularly fascinates you?
I’m a snow skier and much prefer being in the mountains to being in the water. I loved watching them enjoying it so much, even more so when I keep in mind the whole story; but I couldn’t say it fascinates me or gives me the wish to go for it. 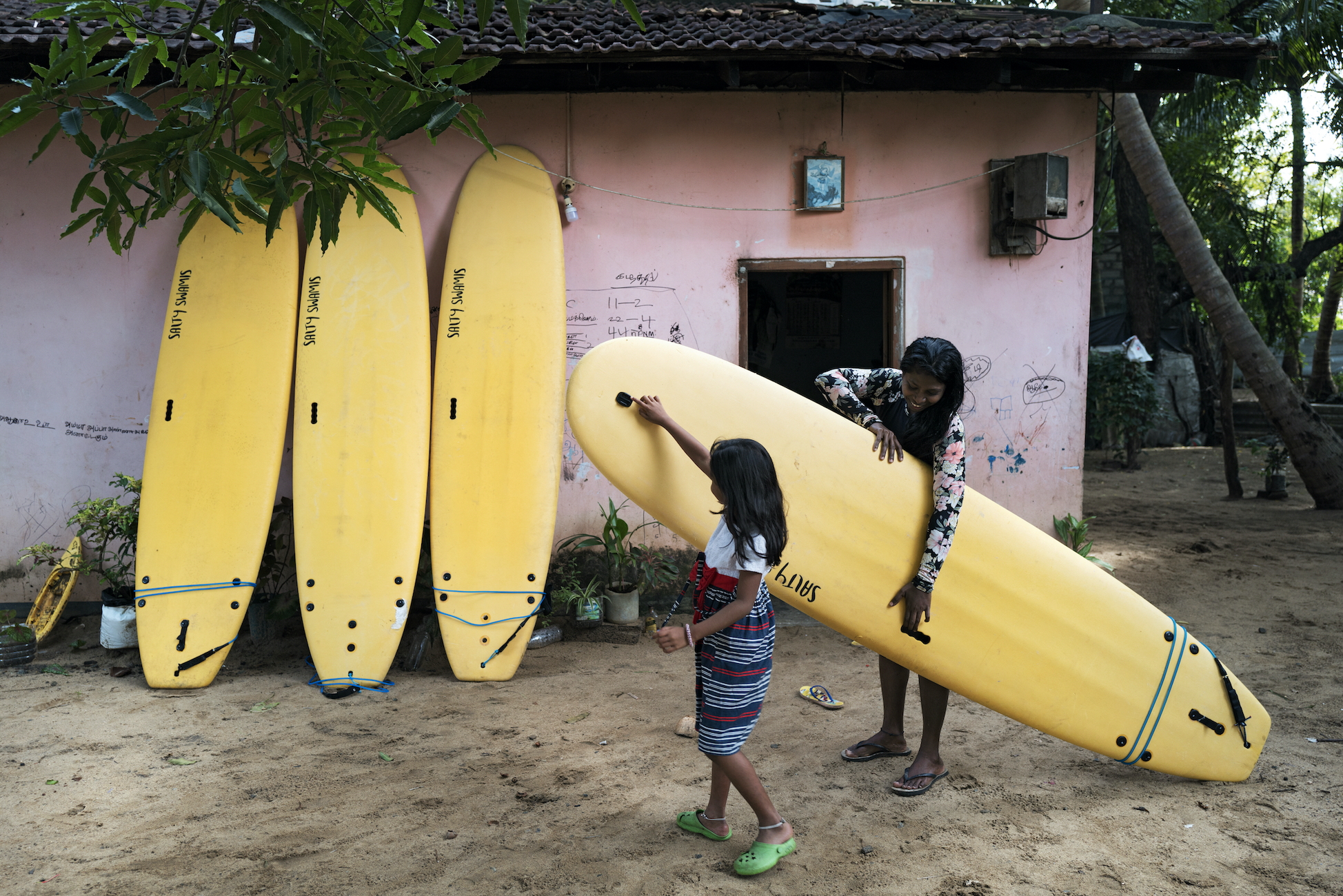 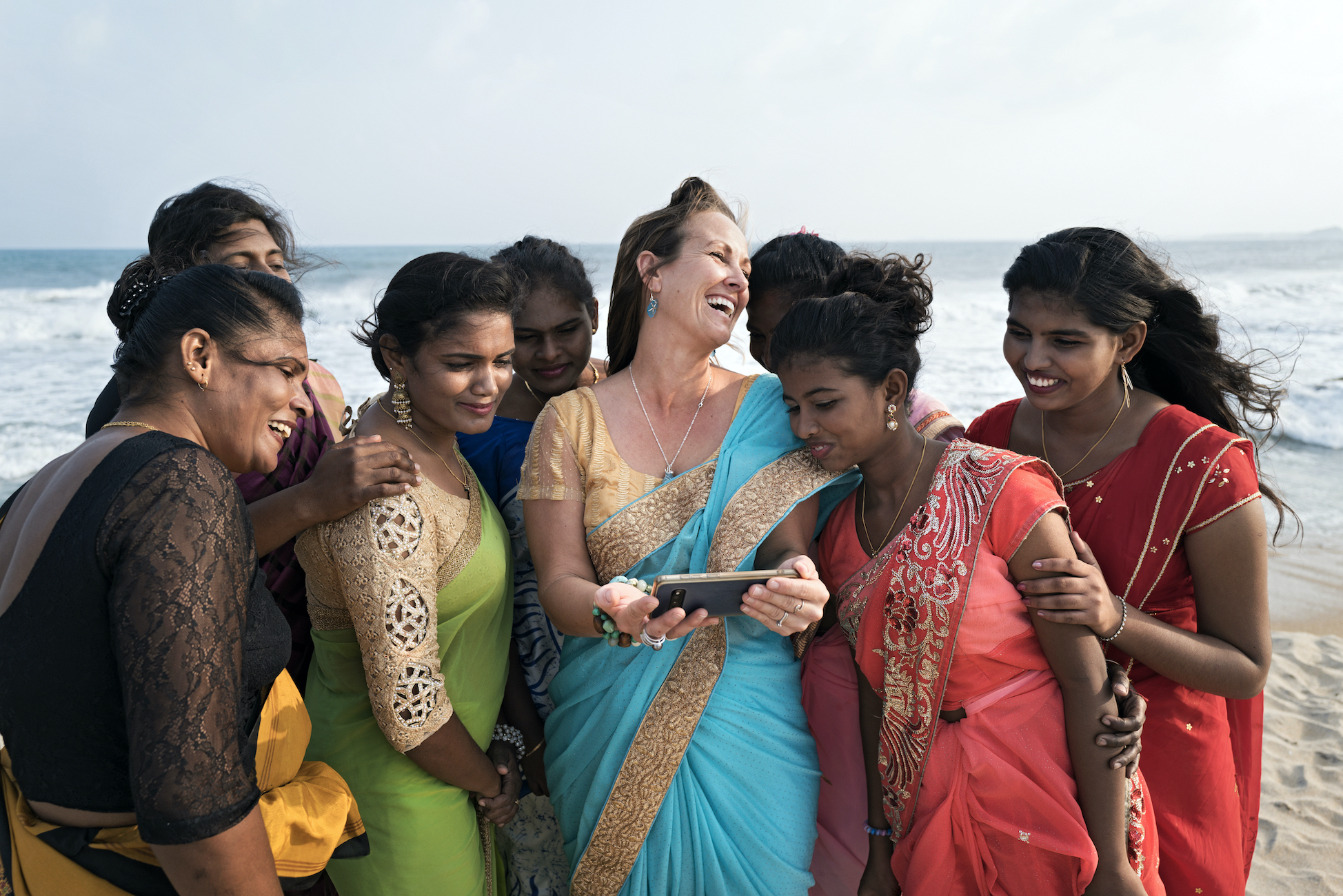 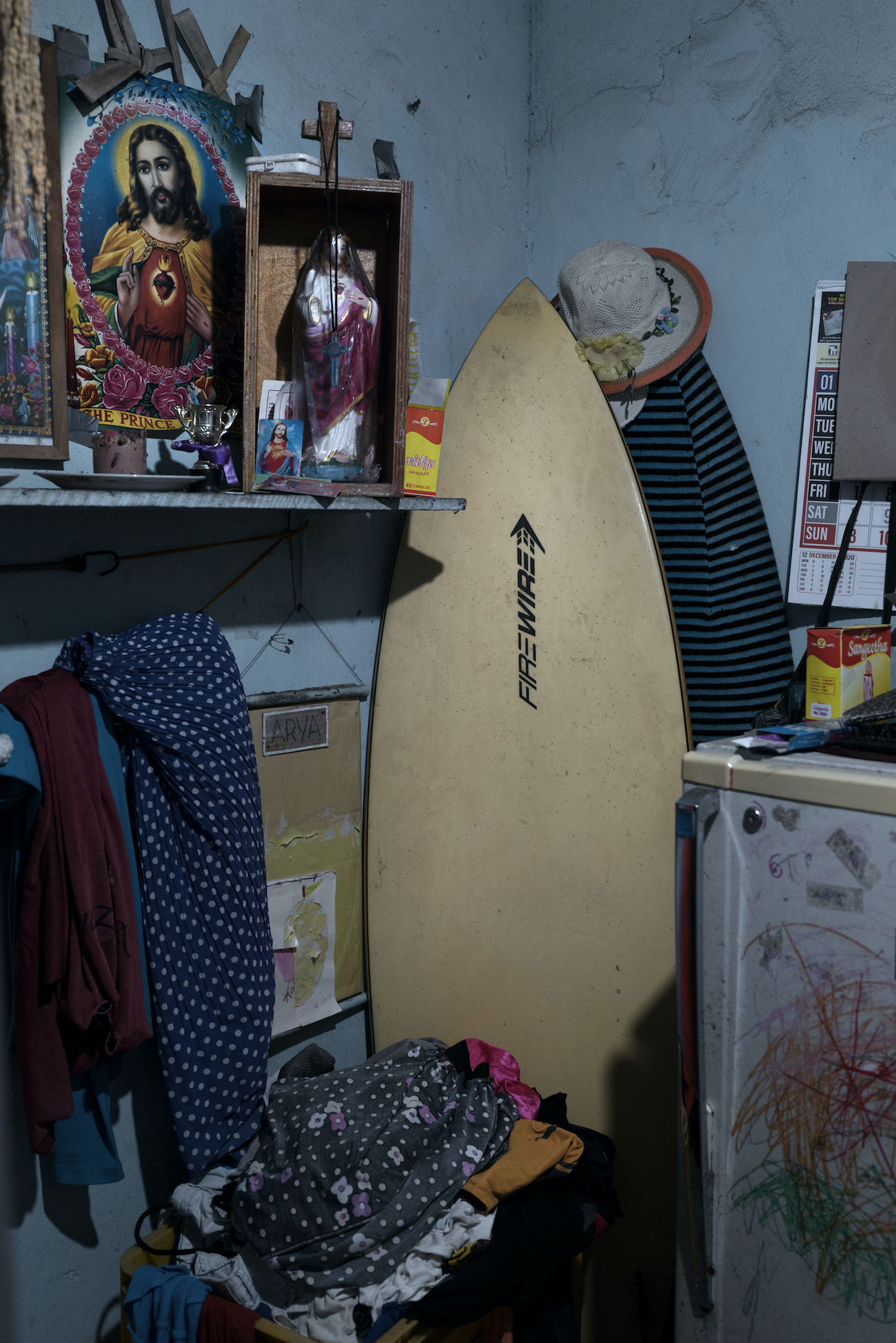 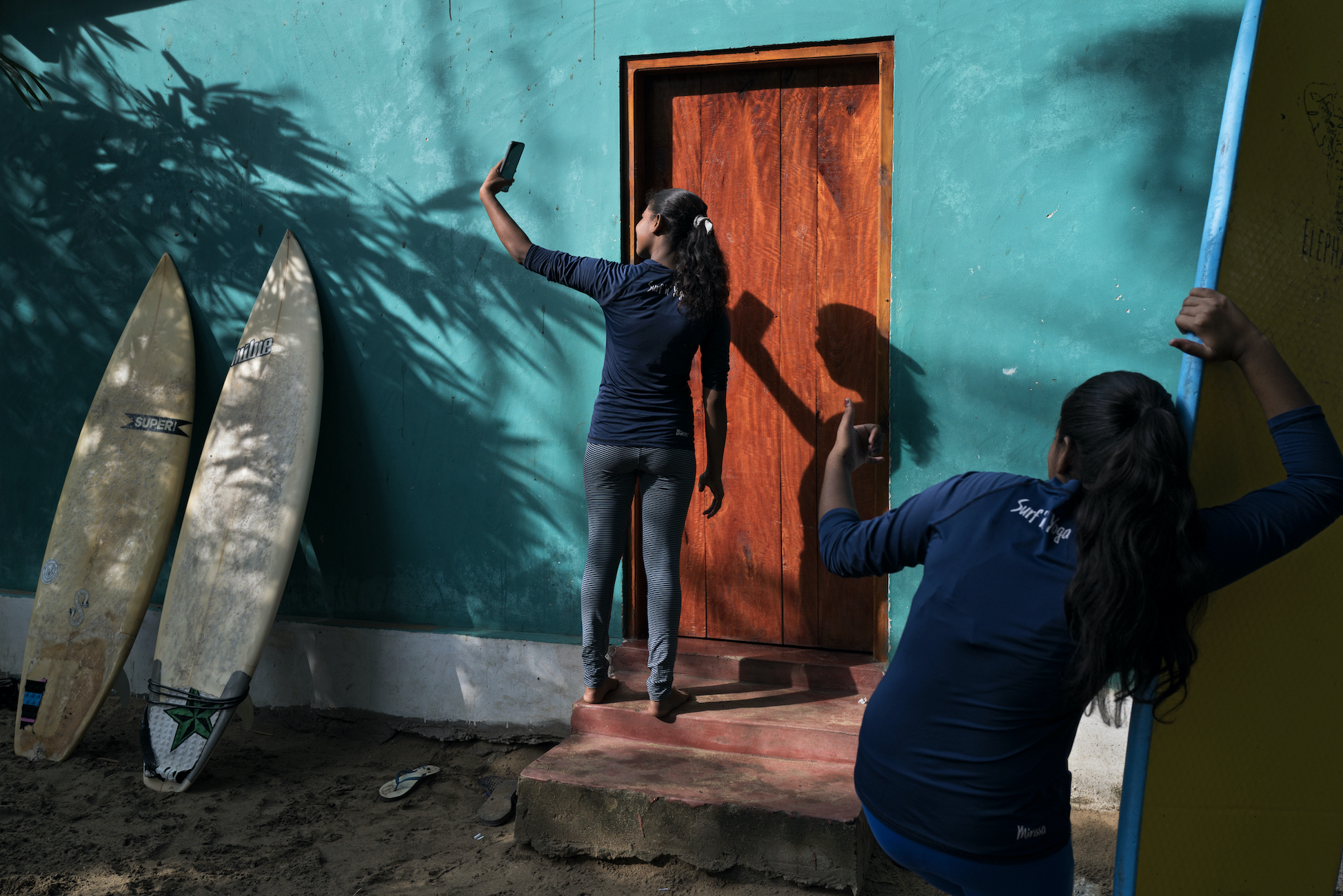 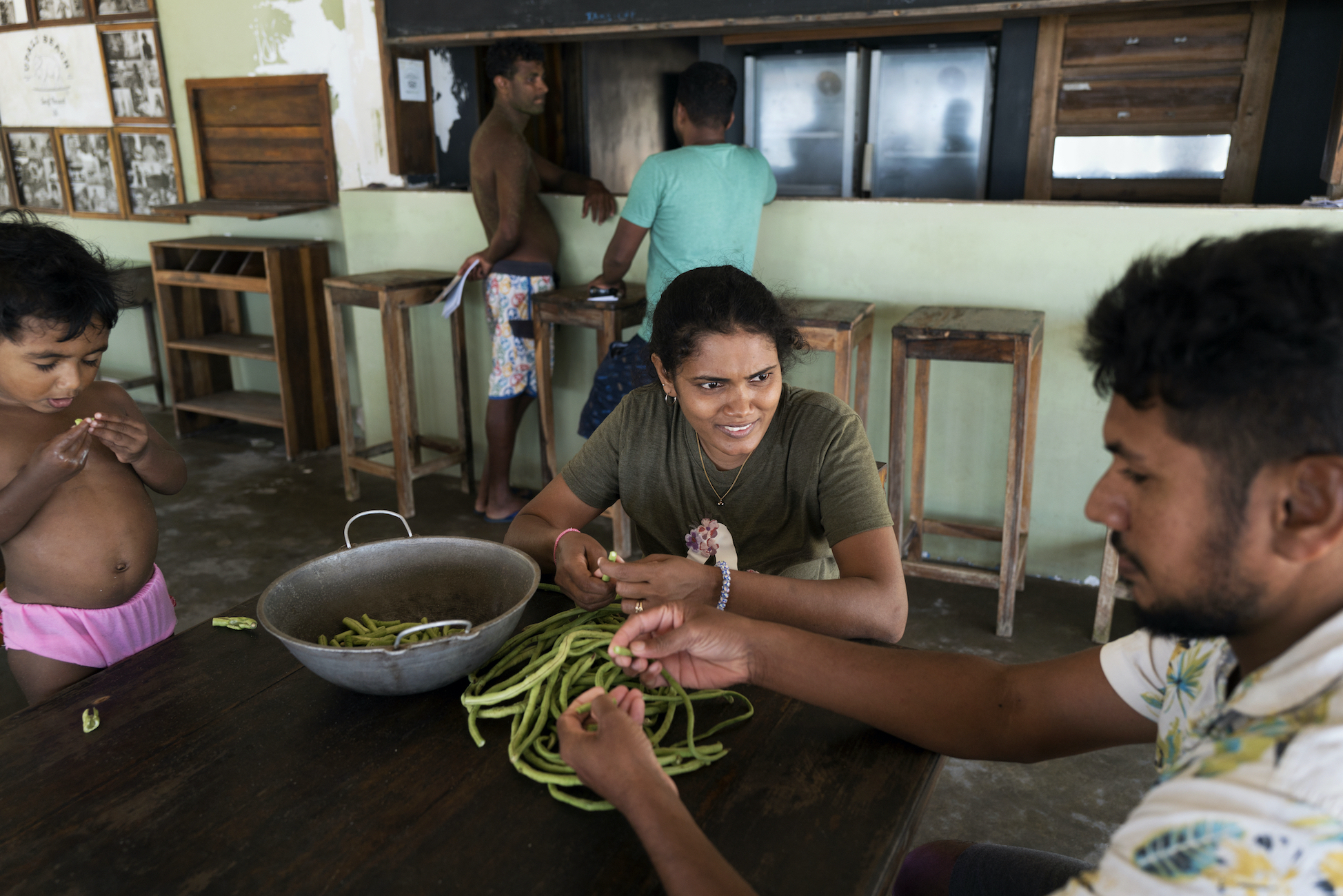 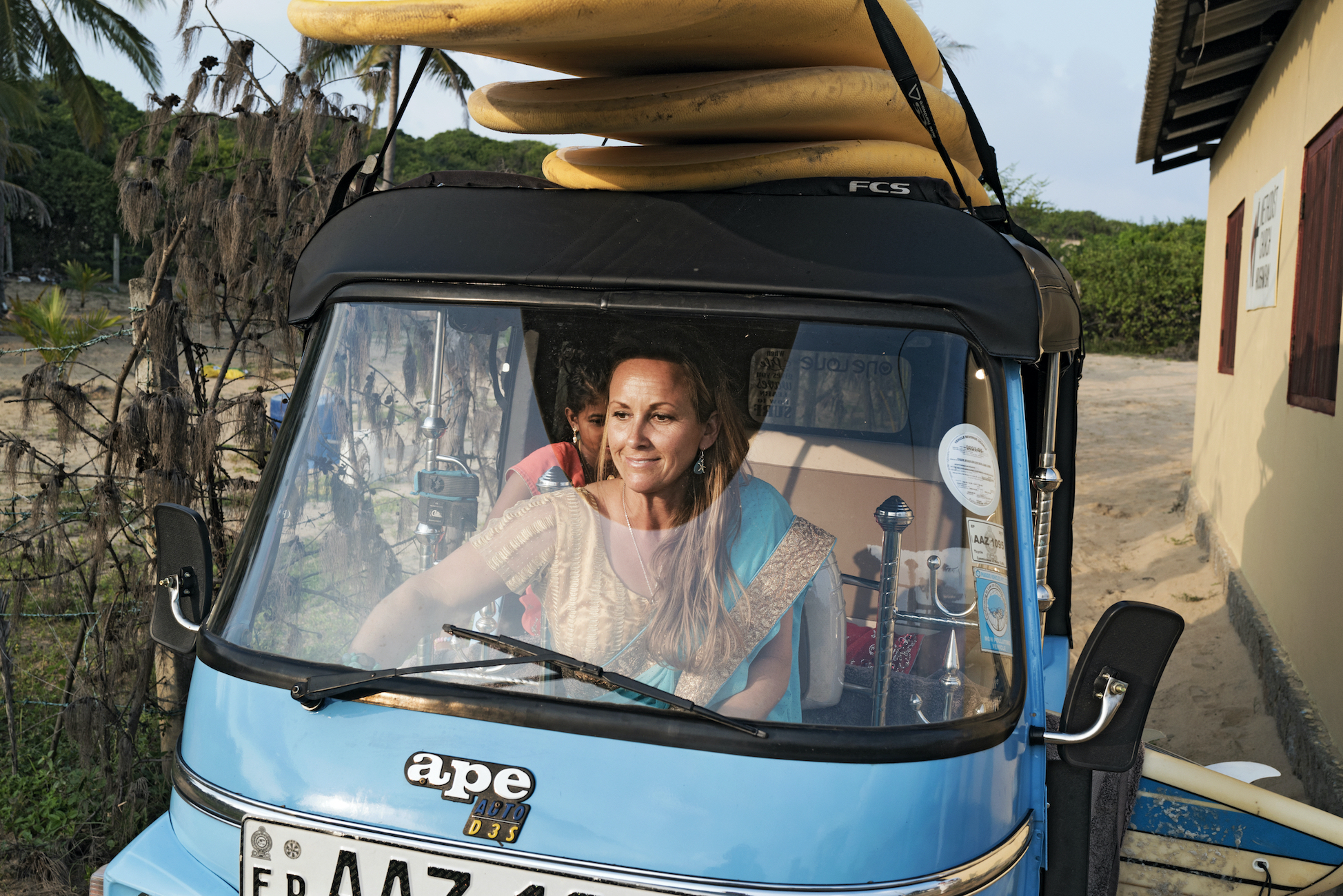 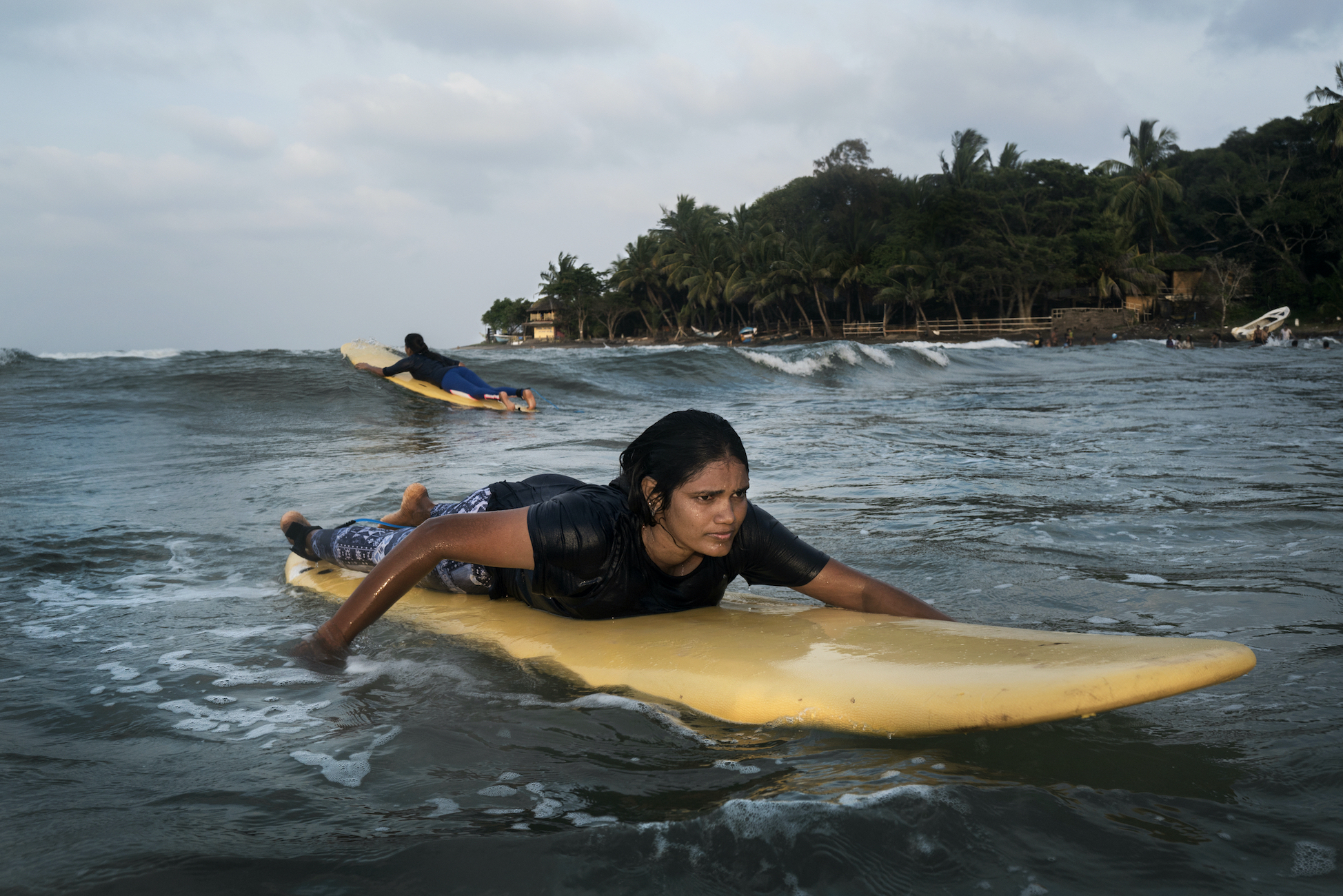 What did you want to show?
All the families of these women and girls have modest lives, and some have difficult and at times even painful pasts. The co-founder of the club and leader of the group, witnessed the rape of her mother and the murder of her parents, when she was a child. Raised with her brother by fairly poor grandparents, she had to fight to succeed in school, find work, and start her own family. Surfing came into her life when she met a couple of American surfers who moved to the area. Introduced to surfing by Californian Tiffany Carothers, she found a space to experience new and life-saving sensations. I wanted my photos to convey the fun, determination and the courage to shake up traditional patriarchal codes.

What does surfing mean for the women?
Surfing is about freedom, joy and physical sensations. Surfing means wearing special clothes which are basically considered inappropriate and vulgar, and should only be men’s clothes. It is also a matter of a physical attitude, as women surfers attract attention and anyone can watch them. Most men wouldn’t accept their wife, daughter or even sister jumping on a surf board and going for the waves. At the time of the creation of the surf club, the two founders were verbally threatened and morally judged, which caused many problems on a personal level – but they never gave up.

What are the feelings of the women surfers? Your pictures seem to speak of “happiness”.
Surfing is not an easy sport to learn and practice. Each woman has to train a lot and keep her motivation up, to achieve something good with the waves. Most of these women have very modest lives, but as soon as they reach the beach and are about to go surfing, it’s like all their problems are left behind. This is their moment and they expect to get a lot from it. While surfing, there is a very strong feeling of belonging to a group united by the same passion, and where men are not dictating what can be said or not. All women surfers are aware of how lucky they are to be allowed to surf, and what it represents in their lives.

What challenges did you face when taking pictures?
I had only five days to produce the story, and all these women are quite busy with families, jobs, etc. So, there were not plenty of shooting sessions, even though they were very open to me and the camera. Another key thing first of all, was to consider the weather. I was praying for good weather conditions, so that we could have at least one surfing session. Luckily, I got it the last day. There were no big challenges, apart from going into the sea and improving myself as a water photographer. To do so, I had to organize the shipping of waterproof equipment to protect the Q2. 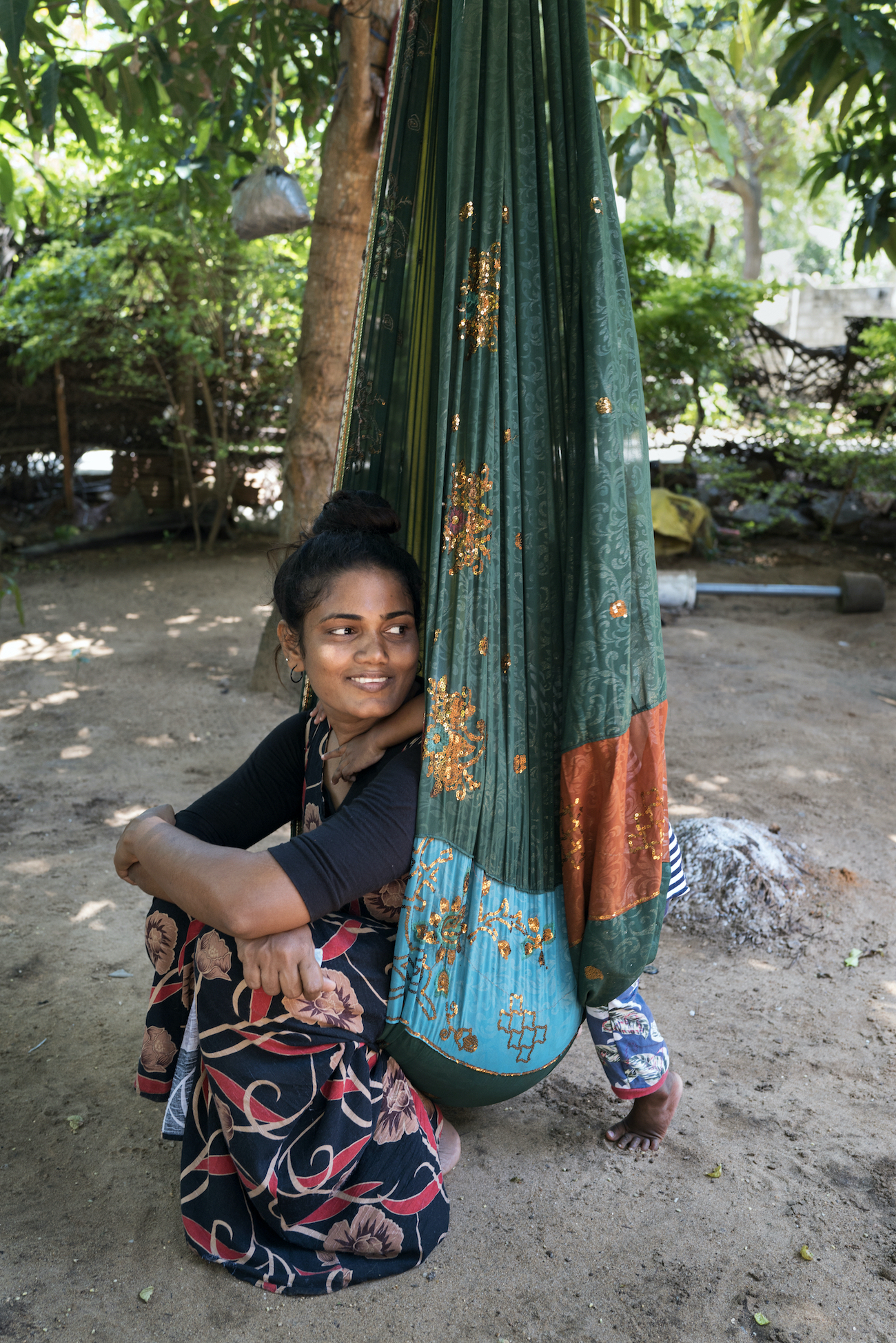 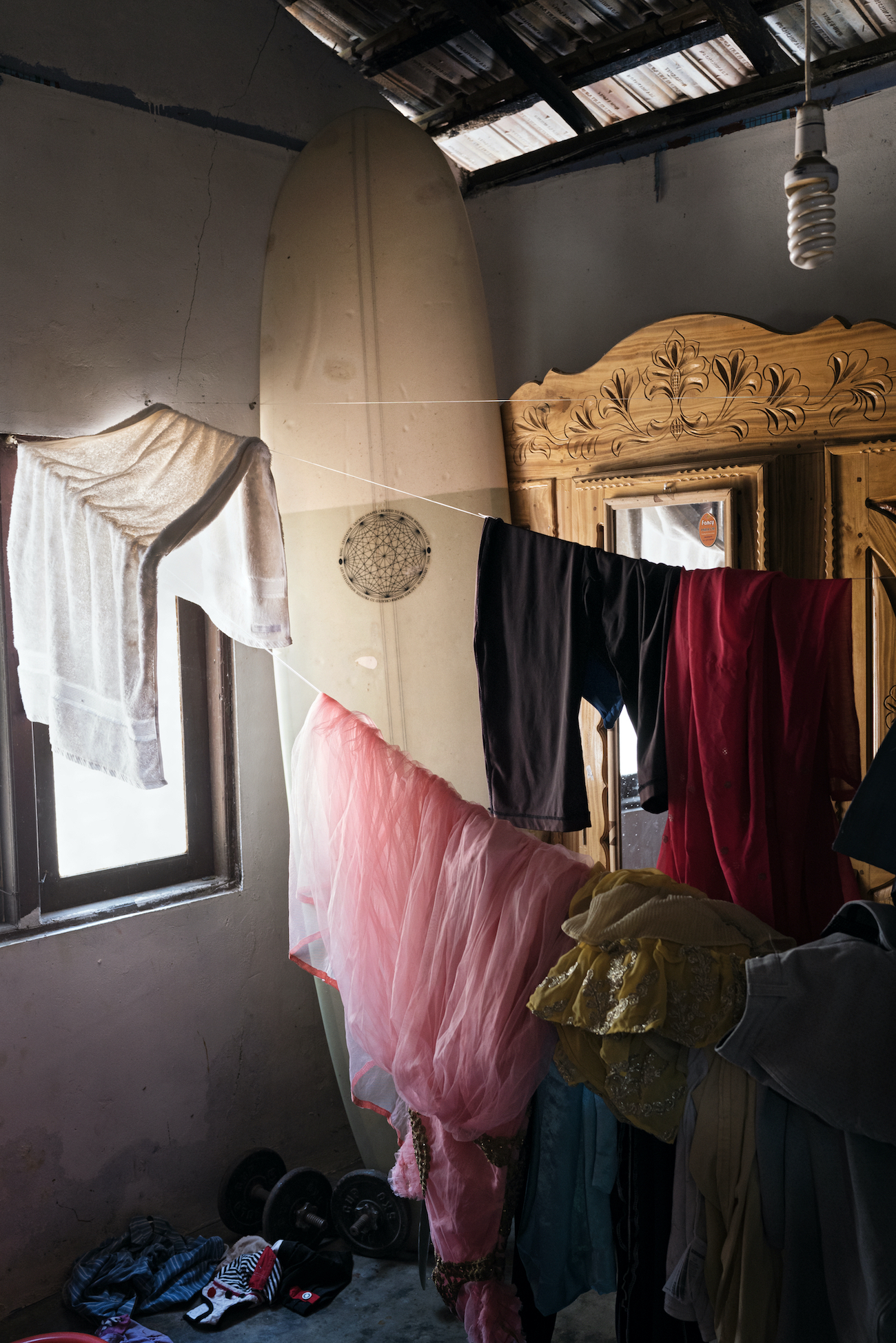 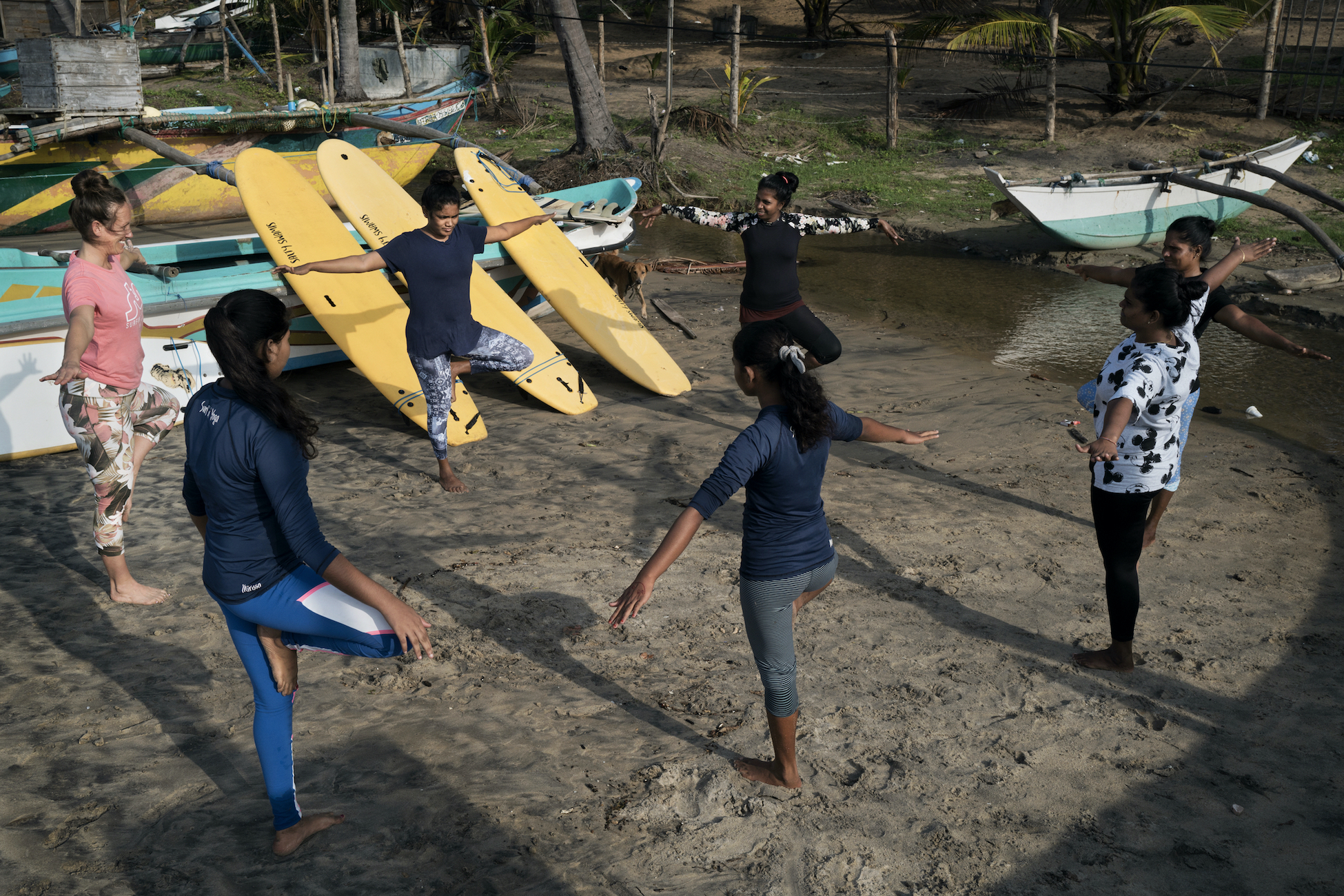 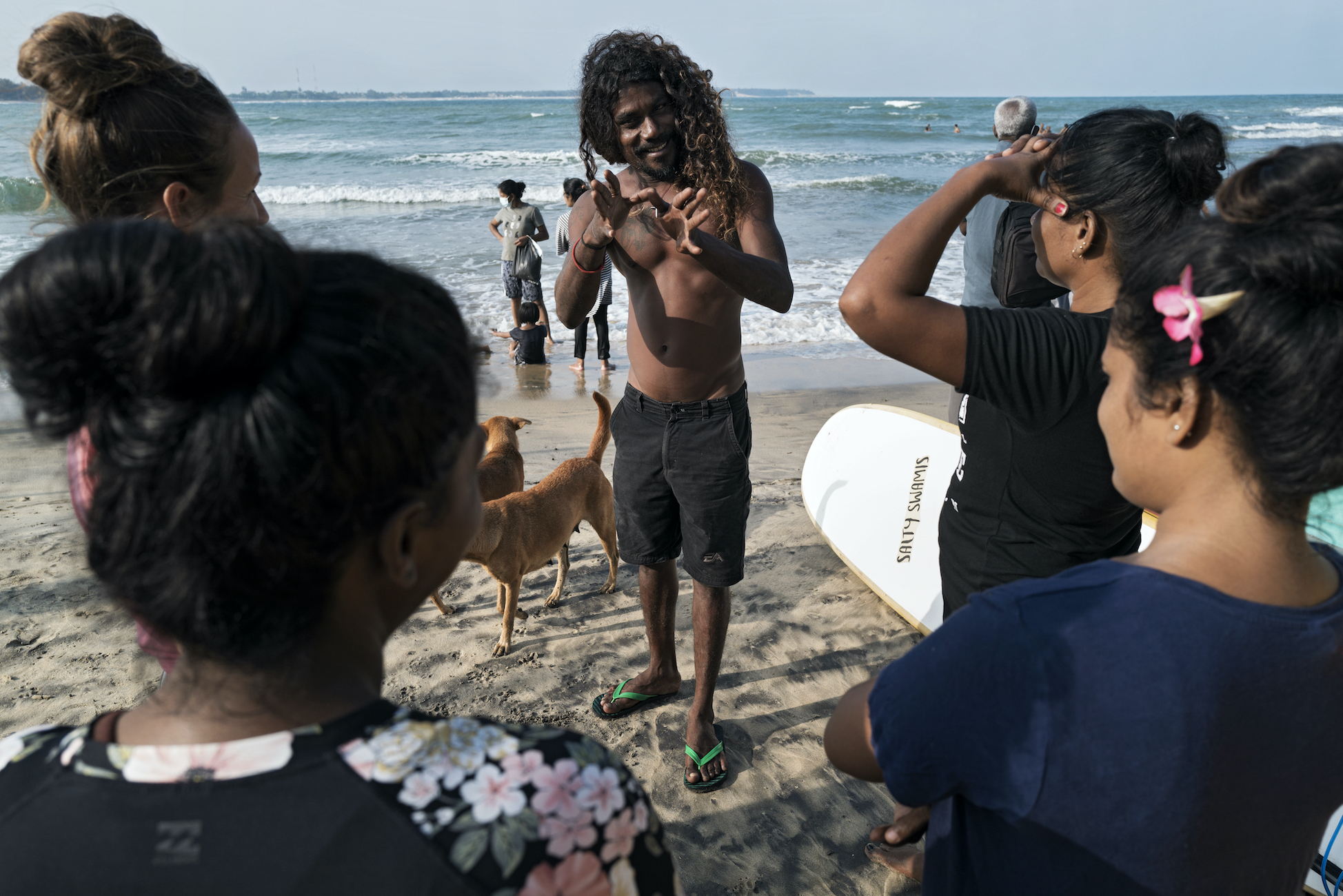 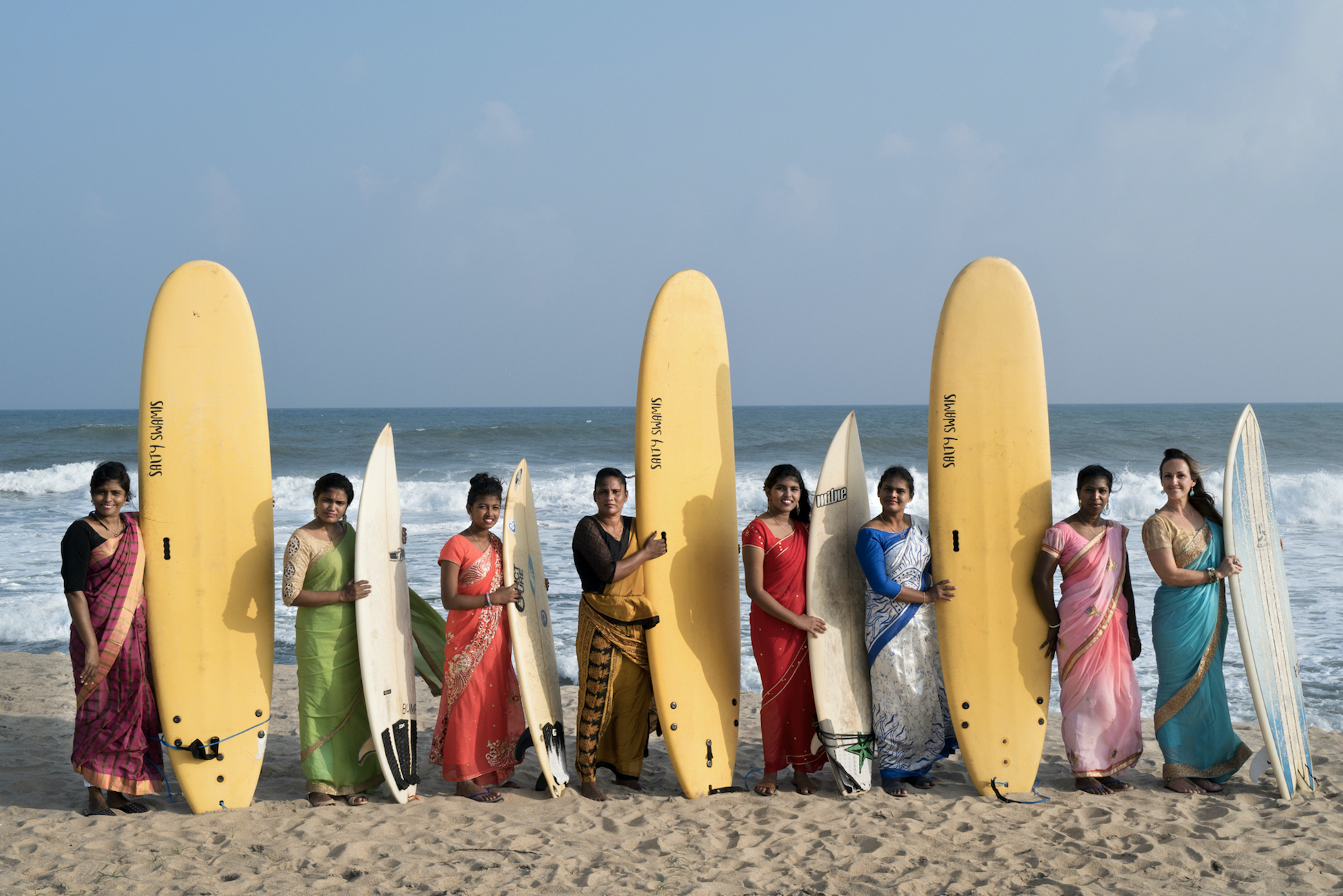 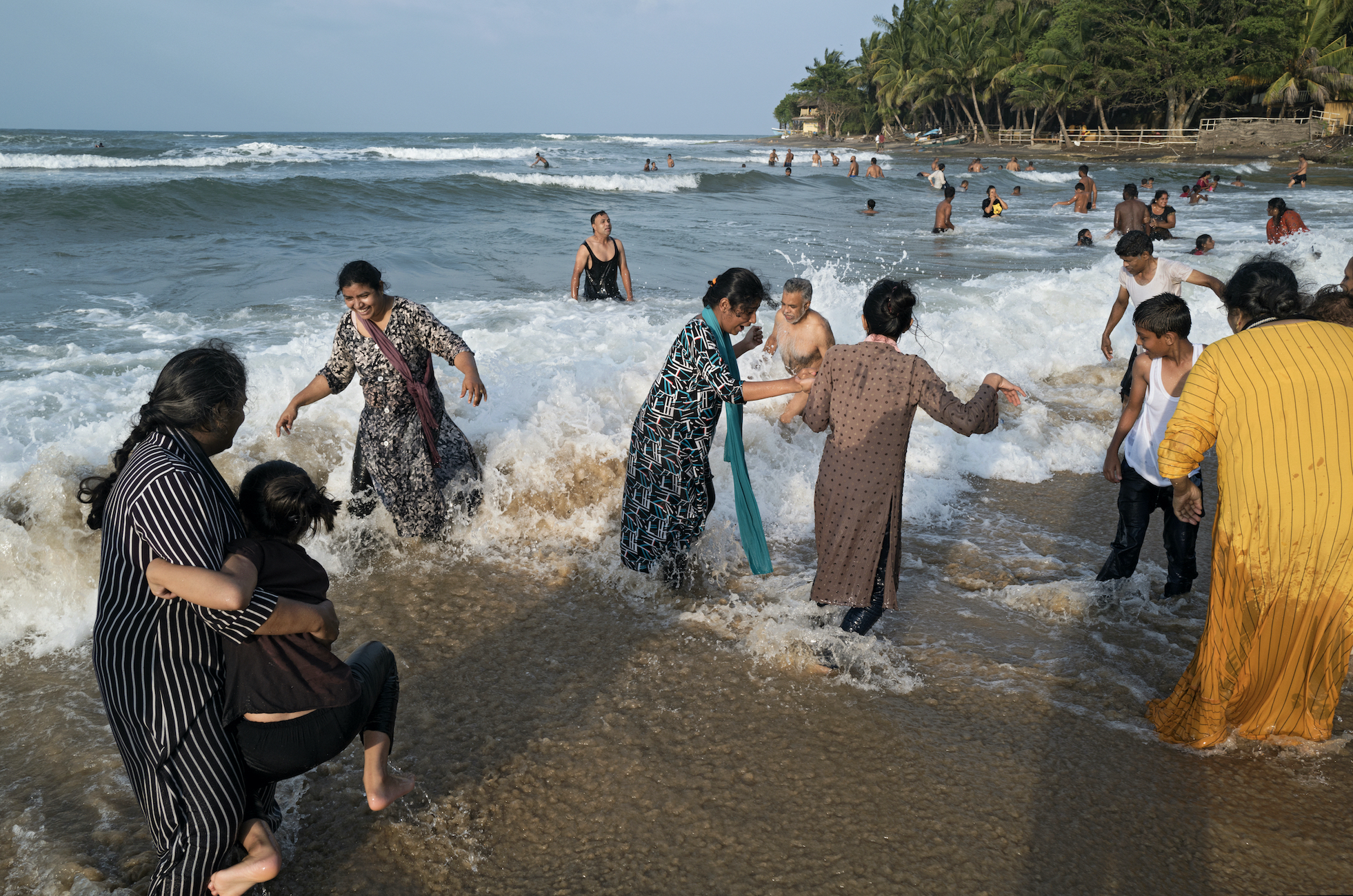 To what extent did the camera prove itself in terms of water photography?
The Q2 did the job while being protected by a standard waterproof bag. There are other bodies which are designed for such water activities, but the Q2 proved it can do it. Let’s take into consideration the massive waves and the current, which made my job quite complicated. But, I wasn’t supposed to go into the sea for any shooting session with that camera. To me, it proved that the Q2 is a super polyvalent camera, that can be used in extreme conditions. I just returned from the Sahel desert where I was on assignment for Geo Germany magazine. The temperature reached 51°C and there was sandy wind all the time: the Q2 never failed. So, within a couple of months, my Q2 went into two quite extreme weather conditions, and it worked out.

What do your pictures tell us about women in Sri Lanka in general?
I hope the story conveys that, when space is given to women, they take the initiative, run empowerment projects, and face all cultural challenges successfully. Women have so much more to achieve, share and teach than what general Sri Lankan society allows them. In journalism, let’s say this surfing story is “the small story that tells the bigger story”.

Gaël Turine was born in 1972 and grew up in Brussels. After graduating in Visual Arts/Photography, he began his career as a photographer. He is the author of a number of monographic books dealing, among other things, with Afghanistan, voodoo, the border wall between India and Bangladesh, and public hospitals during times of the Corona pandemic. His work is exhibited in galleries, museums and at festivals, and published internationally. He has been teaching Documentary Photography for many years, in workshops and at the the Free University of Brussels. Find out more about his photography on his website and Instagram page.

The post Braving waves and prejudices appeared first on The Leica camera Blog.

The Best Camera Bags and Backpacks in 2022

Cash is nice — as an option – TechCrunch