Canon has patented a design for a ferrous liquid-cooled mirrorless camera. The designs indicate that the liquid would be moved around the inside of the camera using a series of magnets.

Originally filed with the United States Patent Office in February but published on August 18, the patent — number US 20220264767 as noted by Canon Watch — describes an apparatus that circulates a magnetic fluid through the body of the camera to move heat away from one part of the camera and to another area where it is cooled. 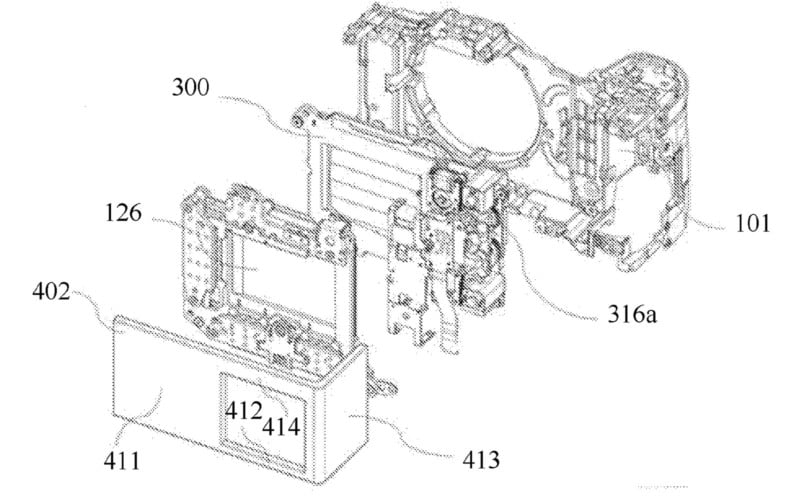 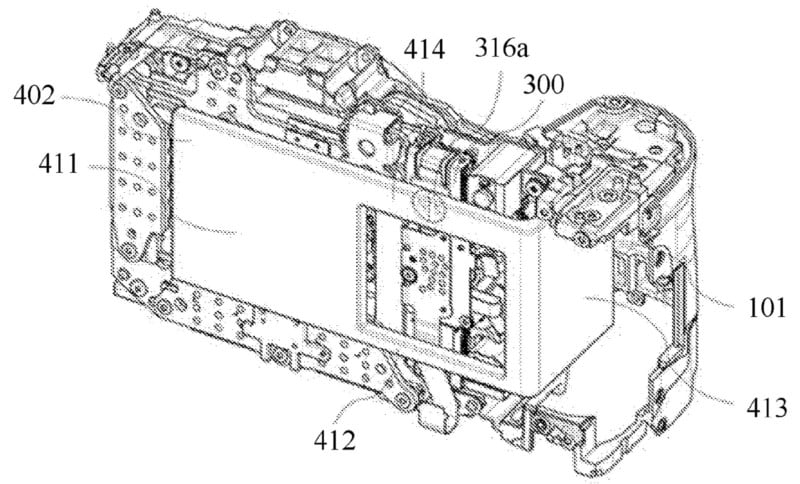 The system uses a combination of gravity and magnets to move the liquid around the camera and “smoothy” circulate it so that heat is moved away from critical components and cooled through a system that appears to be located in the hand grip of the camera. Because the liquid cooling system requires some space in order to work properly, the space between the lens mount and the hand grip appears slightly wider than with Canon’s current mirrorless cameras or previous DSLRs.

The patent describes a system that draws the head away from the sensor area, down towards a conduit that moves the now heated magnetic (and therefore ferrous) liquid to the right and up into the grip where it is cooled and then back over the sensor area. 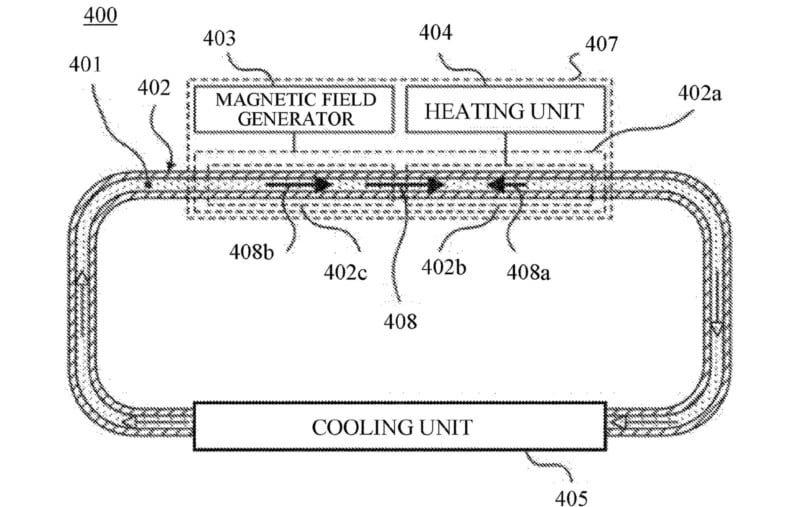 Liquid cooling isn’t new, and many high-end PCs use the concept in lieu of fans to keep modern CPUs cool during heavy workloads. The idea of using this concept in a camera is also not novel. In late 2020, Matthew Perks from DIY Perks built a water cooling apparatus for his Canon EOS R5 camera. The camera, which was well known to have overheating issues when shooting at the highest resolutions, was able to shoot in 8K without limits thanks to the liquid cooling.

It is not clear if Canon took note of the idea when it created the design or if it was already working on the concept of a liquid-cooled camera, but Canon did file the original patent in February of 2021 in Japan — after Perks published his video.

Whatever the case, the idea of liquid cooling was taken to another level by Canon with the integration of a ferrous fluid. There have been a few studies that have looked into various forms of magnetic refrigeration and ferro-fluids in the last few years, but the concept isn’t common. Not only is Canon trying something that is on the bleeding edge of cooling technology, it needs to miniaturize it for use in a handheld device. The idea sounds promising, but it could very well be some time before this technology comes to market — if ever.

Wayfair to layoff 5% of its workforce, or nearly 900 employees – TechCrunch