DZOFilm has released two new Vespid cinema primes. The company says the 21mm and 40mm wide-angle full frame cine primes are just wide enough to showcase a wide scene without adding any distortion that could begin to creep in as the angle becomes broader.

DZOFilm also states that like other lenses in the set, these wide-angle primes enjoy a 270-degree focus throw through the manual focus ring for precise focus control. Looking closer at the focus ring, both lenses are arrayed in meters and feet, and offer a close-up range of about one to 1.2 feet (0.3 to 0.37 meters) which is consistent with other lenses in the Vespid lineup.

Being full-frame lenses, the cine primes in this line also maintain a very large image circle, providing complete coverage for large format cameras such as the RED Monstro VV or the ARRI Alexa LF. The 21mm and 40mm primes are no different, with an image circle at 46.5mm. 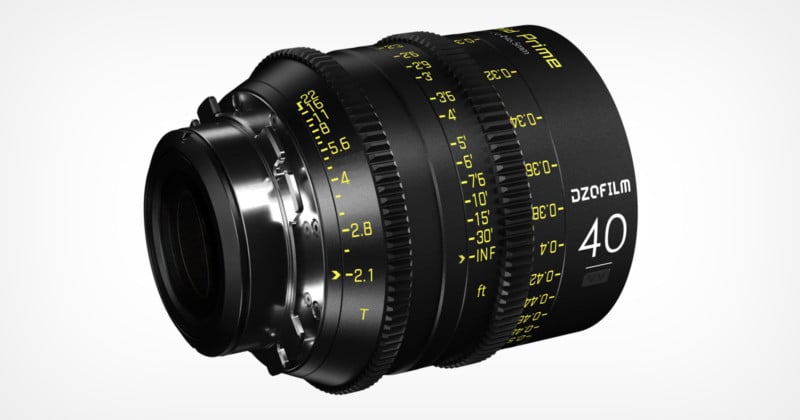 DZOFilm does not specify any details with regard to the optical design of the new 21mm or 40mm lenses but does state that both offer 16-bladed irises in order to produce a smooth and round bokeh through the full T2.1 through T22 aperture range, which is consistent with the other lenses in the Vespid lineup. 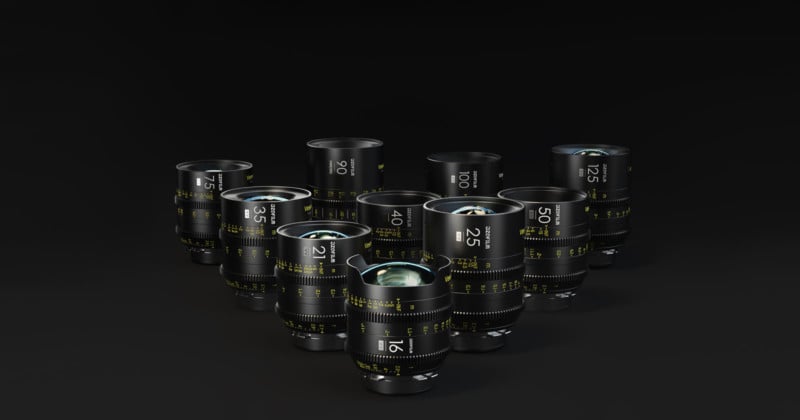 For those unfamiliar, cinema lenses designate aperture values with a T-stop instead of an F-stop. The two calculations tend to be similar, but T-stops take into consideration a host of factors that F-stop calculations do not. T-stops are a designation based purely on the mathematics of the lens design, while F-stops only looks at the geometric influence of the light coming through the lens. 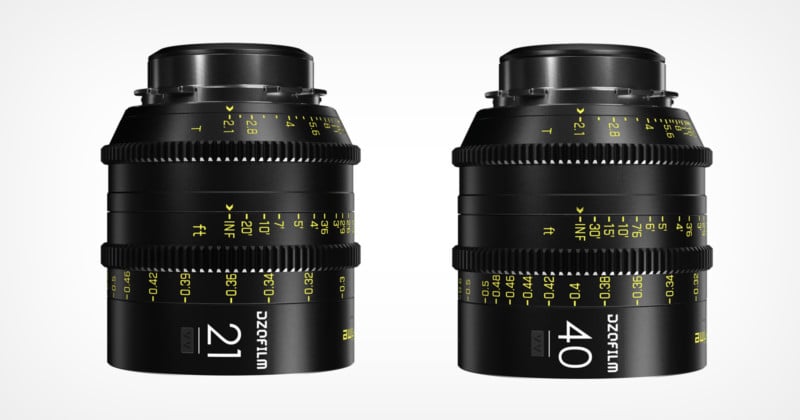 Cinema prime lenses, however, also calculate the transmission or T-stop also based on light loss through refraction, diffraction, and absorption inside the lens. Therefore, a cine prime lens t-stop rating will also be a bit lower, or faster, than a standard lens measured in f-stops.

These two new lenses lenses weigh about 33.5 ounces (950 grams) and according to DZOFilm, they are both consistent in size as the rest of the lenses in their prime lineup.