After Meta CEO Mark Zuckerberg announced plans to more than double the amount of “recommended” content that appears in feeds by the end of 2023, Instagram has revealed how its algorithm suggests new content to users.

On Friday, Instagram’s engineering team published a detailed overview on how the app’s artificial intelligence (AI) selects suggested posts that users see in their feed.

Instagram launched suggested posts in August 2020. According to the team, the aim was to replicate human discovery of new content on Instagram with AI features, in order to enhance user engagement.

In the connected system, Instagram’s AI finds and highlights recommended posts based on the user’s interests. The ranking system then picks the best posts based on factors like engagement, relevance, content quality, and freshness.

In an unconnected system, sources are derived implicitly based on a user’s activity across Instagram and are then ranked based on similar factors.

The process is largely based on implicit signals from actions that users have directly taken in the app, such as following and liking posts. But it can also extend to the people users follow, and what they like, as a proxy for direct engagement, while some popular posts are also highlighted based on overall engagement. 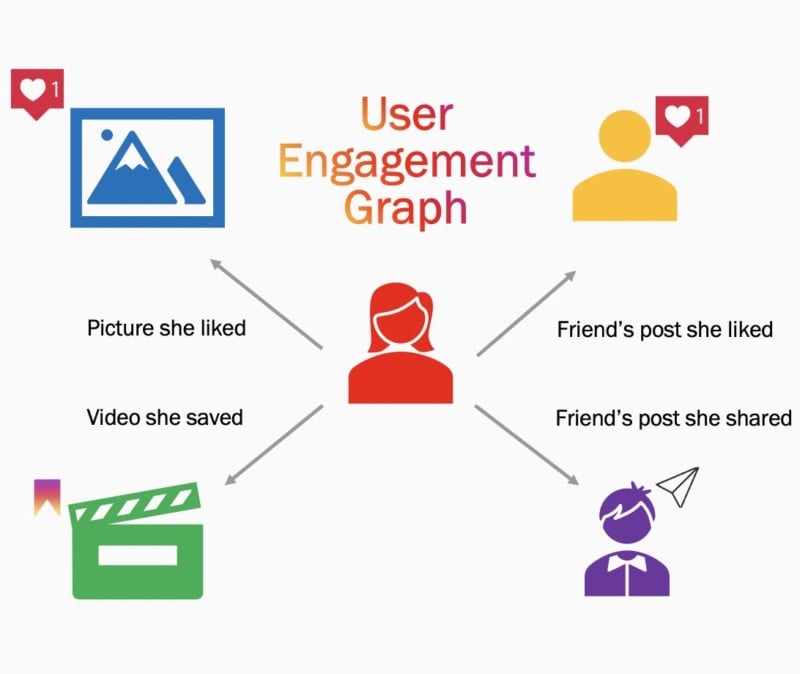 According to the engineering team, the intention is to replicate the feel of the posts and profiles that Instagram users have chosen to follow when showing suggested posts — in order to make it feel familiar to them.

“Scrolling through the End of Feed Recommendations should feel like scrolling down an extension of Instagram Home Feed,” the team says.

The team says that if users do not have enough recent engagement on Instagram for AI to suggest posts for them, the system evaluates accounts followed by that user and uses them as seeds for suggested content.

If the user is new to Instagram, the app simply shows them popular media items and adapts the parameters based on their initial responses.

Instagram’s engineering team says that they attempt to ensure that the mixture of media types, such as video and traditional posts, for example, are relatively similar in ratio to Home and suggested posts. However, this message seems to be at odds with Instagram’s recent move to push more video, specifically Reels, into user feeds.

Instagram has faced wide-scale criticism from its users for its recent changes. The mounting backlash forced Instagram head Adam Mosseri to backpedal on the changes and temporarily reduce the volume of recommended posts on the app so that the team could improve the algorithm.

But Instagram users can expect to see the number of suggested posts steadily rise in the next year. During Meta’s second quarter earnings call last month, Zuckerberg revealed that, currently, about 15 percent of the content shown to a Facebook user on their feed is recommended by its algorithm — with the number being slightly higher on Instagram’s feed. However, according to Zuckerberg, this number should increase to more than 30 percent by the end of 2023.

“Social feeds are going from being driven primarily by the people and accounts you follow to increasingly also being driven by AI recommending content that you’ll find interesting from across Facebook and Instagram, even if you don’t follow those creators,” says Zuckerberg.

Mivi DuoPods F50 with 13mm drivers, up to 50h total playback launched at an introductory price of Rs. 999

Mivi DuoPods F50 with 13mm drivers, up to 50h total playback launched at an introductory price of Rs. 999

Classic Horror Game Alone In The Dark Is Back | Pre-order Now Available!

From London to New York: August’s Supermoon Sparkled Across the Globe