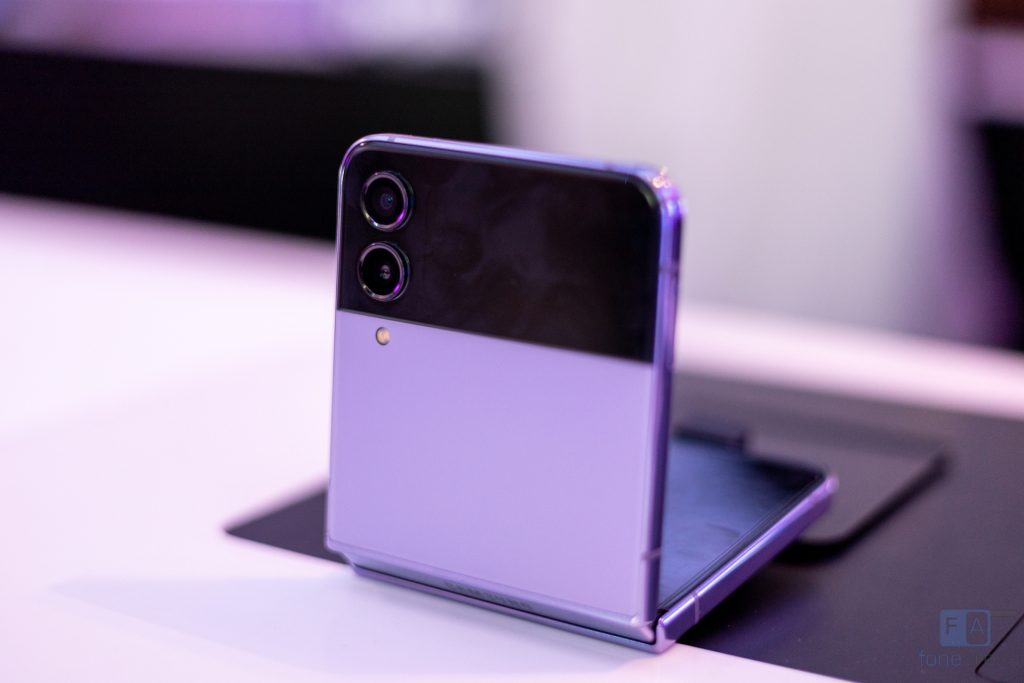 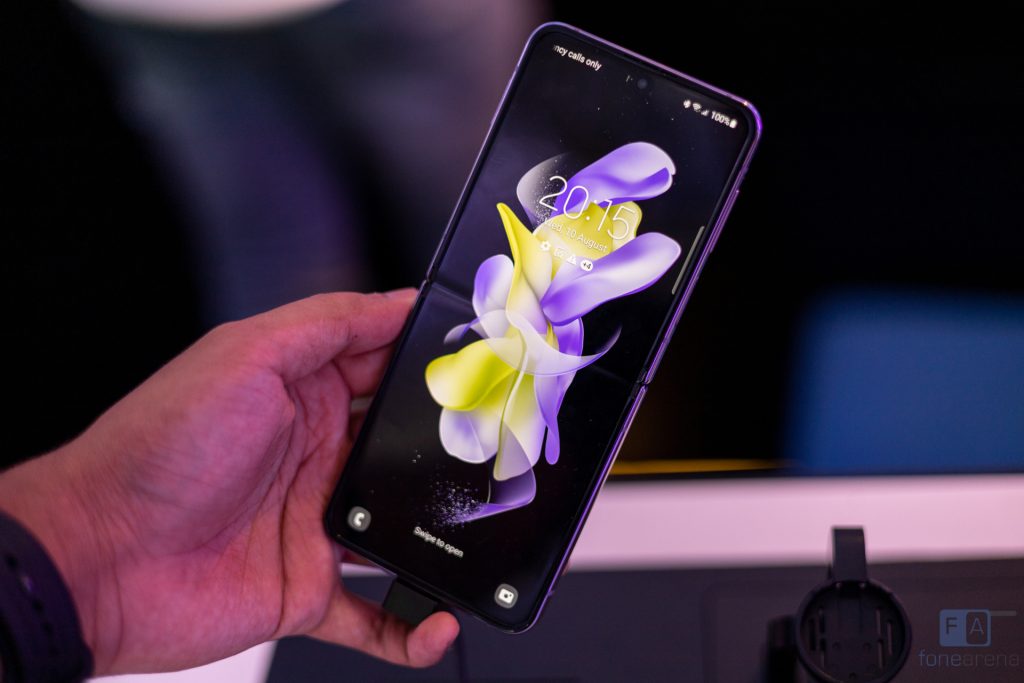 When unfolded, the inner display is a 6.7-inch FHD+ Dynamic AMOLED 2X Infinity Flex panel with a resolution of 2640 x 1080. The refresh rate can switch between 1Hz and 120Hz, and it gets brighter too, at about 900 nits.  The cover display has not changed either, measuring 1.9-inches across and has a resolution of 512 x 260. Samsung talked a lot about the new software features for the cover display, and we will definitely test it out in the full review. 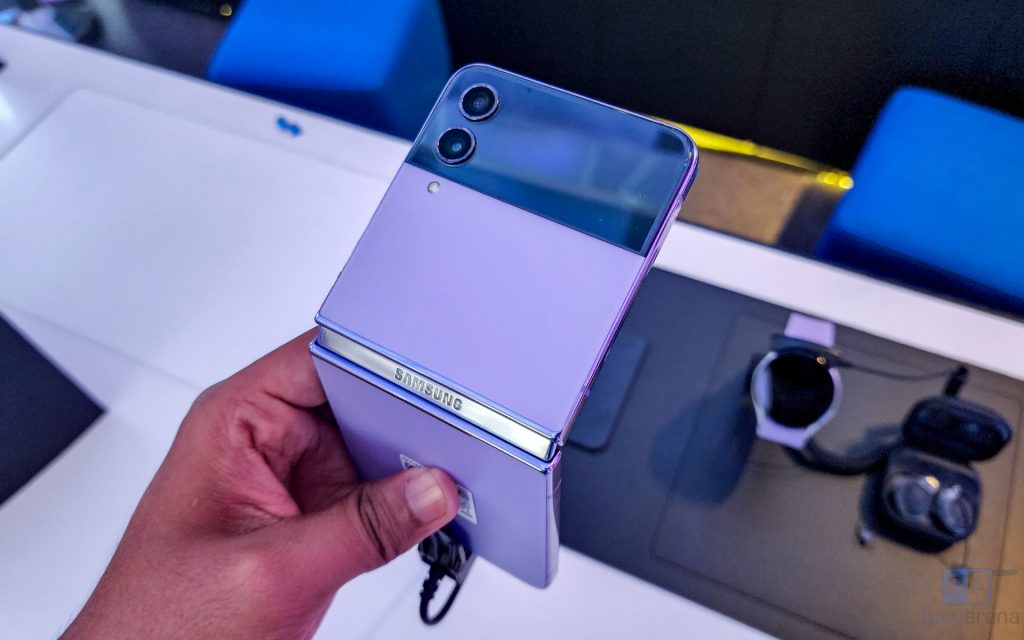 The edges of the Flip4 are slightly flatter, and the weight has slightly been increased, which is likely due to the bigger battery. The weight distribution feels good so far, and it has the Armour Aluminium frame, which should offer improved protection. The volume rocker and the fingerprint sensor can be found on the right edge. The USB Type-C port and the speaker grill can be found on the bottom edge. Antenna cut-outs can be found on all edges, and the phone is still IPX8 water-resistant. Lastly, the hinge is slimmer by 1.2mm. 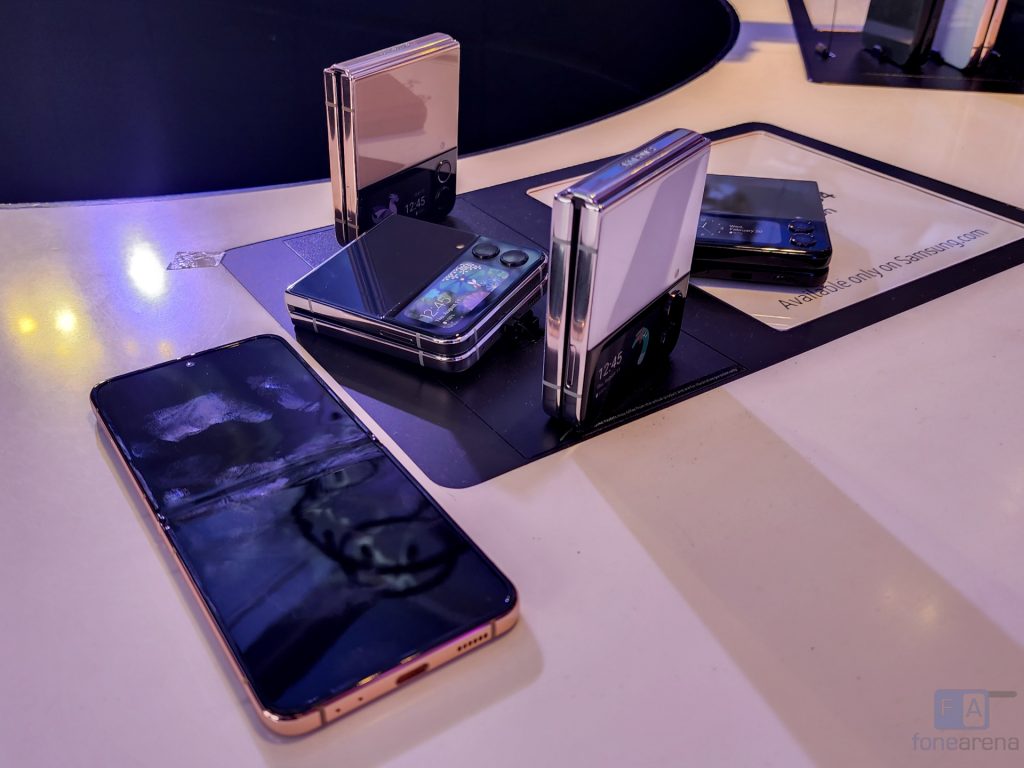 The internals have been upgraded similarly to the Galaxy Z Fold4. Inside, the Flip4 has the Snapdragon 8+ Gen 1 mobile chipset, with 8GB of RAM and either 128GB, 256GB or 512GB of storage. The battery is about 10% bigger, rated at 3700mAh, it can charge faster at 25W and supports reverse wireless charging. According to Samsung, the phone will be able to charge from 0-50% in about 30 minutes. 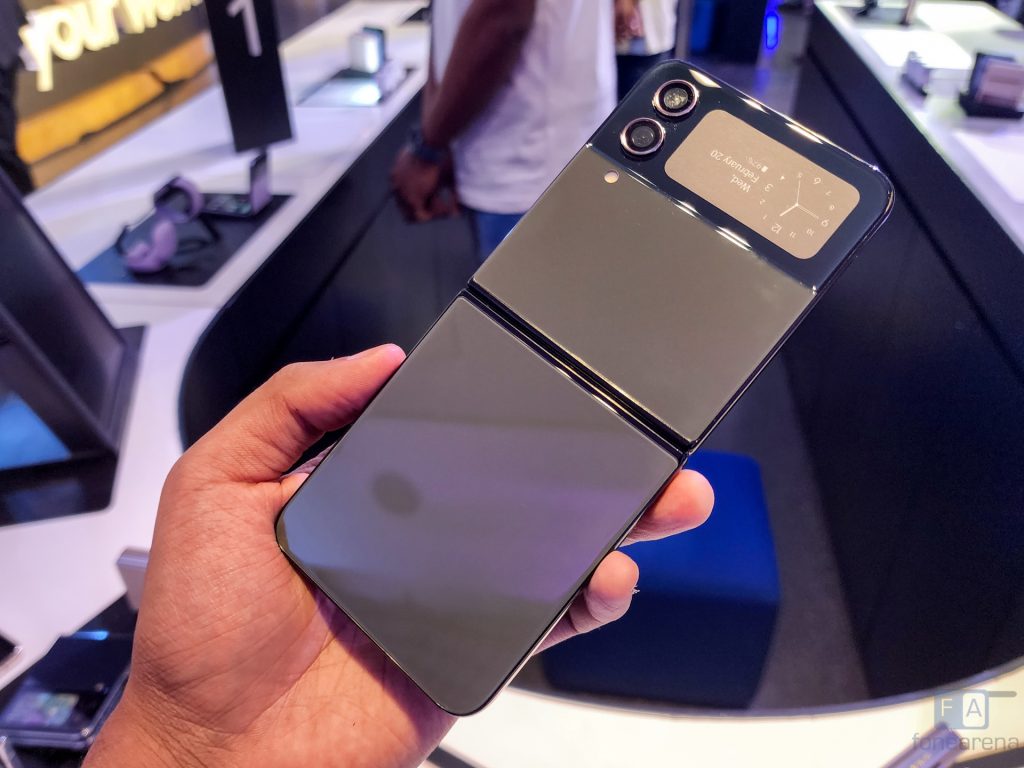 The camera hardware has mostly remained the same. For the rear cameras, it has 12 MP Wide sensor (f/1.8) with OIS, and a 12 MP Ultra-Wide (f/2.2) with 123°  field of view. The front camera is the same 10MP sensor with f/2.4 aperture. There are a number of new software features with the Flip4, such as Flex mode, multi-angle camera, and Nightography. We will test out the full capabilities of the camera in our detailed review. 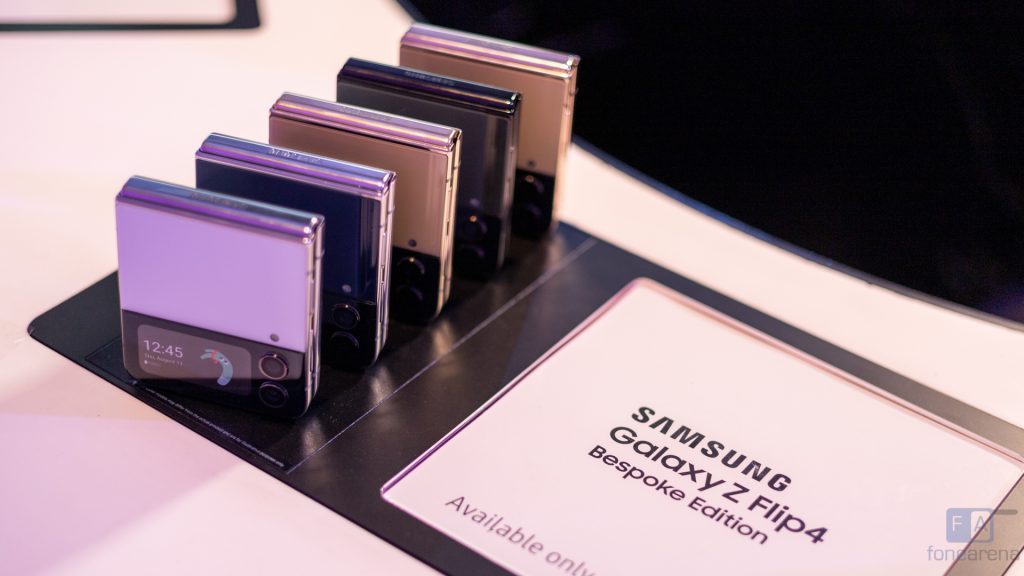 The Galaxy Z Flip4 comes in Blue, Pink Gold, Graphite and Bora Purple colours as standard choices. Samsung also revealed that a Bespoke Edition will be coming soon that will allow customers to customize their Galaxy Flip4’s rear glass panel and frame in more colours.