Yet again, Samsung is back in the fold with another duo of foldable smartphones, unveiling the Galaxy Z Fold 4 and Galaxy Z Flip 4 at its virtual Unpacked event.

Much like the company’s other launches in 2022, these two devices follow a similar path, meaning iterative and modest upgrades. Samsung is sticking to a familiar design that saw both devices take a solid step forward last year, choosing not to change things up a whole lot this time around. There are some differences, though, and one involves the rear camera array.

Take away the colors, and you might confuse these phones with their predecessors, so close are the similarities. While Samsung doesn’t admit it, it looks like it used the same chassis from the Fold 3 and Flip 3, albeit with some aesthetic shifts and mostly different guts inside. That extends to the IPX8 water resistance both devices initially received, carried over now to the latest models. The glass is thinner, yet just as tough as before, with new shock absorbers underneath to keep it intact in case of an accidental drop. A slimmer and lighter hinge also smooths out the folding process.

Specs don’t get any major overhauls, and most upgrades follow a predictable cycle. The newer Snapdragon 8+ Gen 1 processor does find itself in these two foldable, but memory and storage options are unchanged, with 128GB and 256GB variants for the Flip 4, and 256GB, 512GB, and 1TB ones for the Fold 4. The Flip 4 will go with 8GB of RAM, while the Fold 4 sticks to 12GB, keeping things aligned for both, regardless of storage capacity. 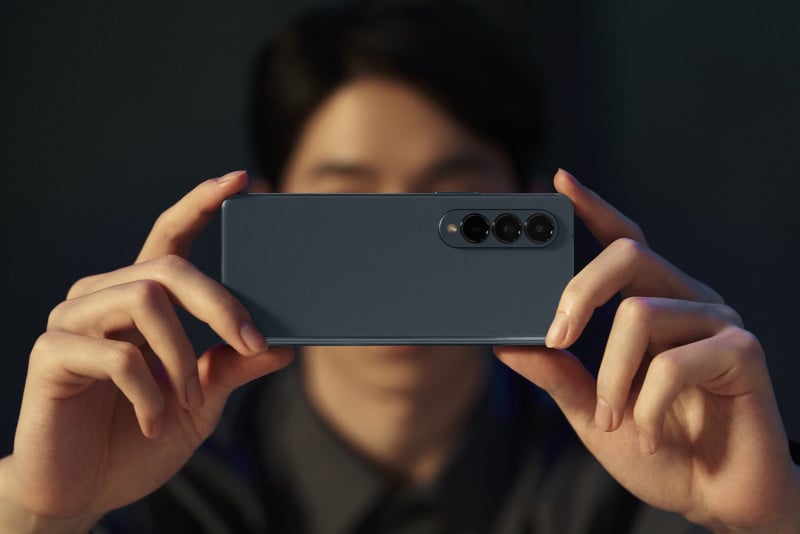 Battery life is always a point of contention with foldables like these, and while the Flip 4 gets a bump in size, Samsung is also claiming better efficiency for both. Without testing, it’s hard to tell how true that really is, but if the newer Snapdragon chipset can do its job, there’s a chance these two devices won’t sip the juice quite as much as before.

Fitting in the S Pen

Samsung keeps pushing its own stylus as a means to do more with the Fold 4 (it doesn’t work on the Flip 4), but you’ll have to pay extra to get it. Not just for the pen, but also for a case to hold it. And that’s assuming you go with the S Pen Fold Edition, which is the smaller of the two compatible options. The S Pen Pro is larger, and not as easy to stow away with the phone.

This was the same situation last year with the Fold 3, only this time, the newer pens take advantage of the increased precision and speed seen in the S Pen released with the Galaxy S22 Ultra earlier in 2022. On a larger canvas like the Fold 4 when spread out, writing and drawing could feel just a little more natural because of it.

The most obvious change lies with the Fold 4 and its main camera. Samsung opted to go with its 50-megapixel Isocell GN5 image sensor (23mm equivalent), one it already equipped in the Galaxy S22+ and S22. By default, it shoots at a pixel-binned 12.5-megapixels, helped by the f/1.8 aperture and optical image stabilization to get better shots in low-light conditions. The familiar sensor should provide clues as to what output may look like, much like the ultra-wide and telephoto lenses, which are carryovers from the Fold 3. 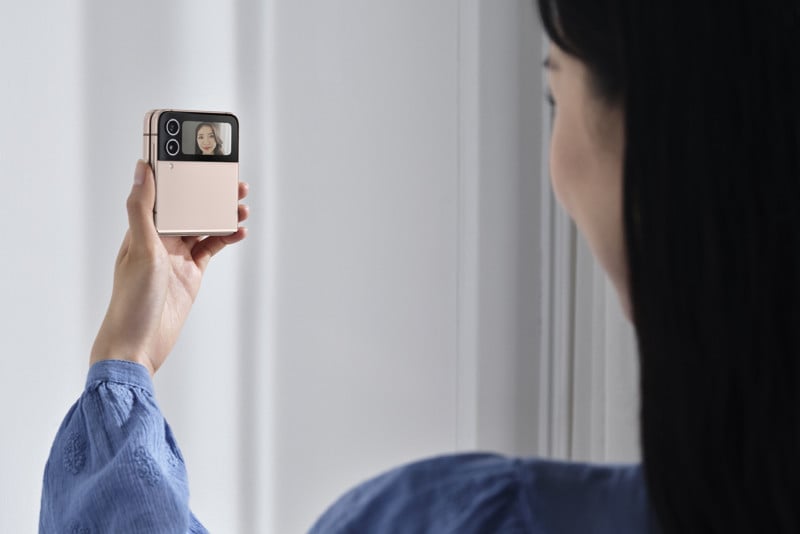 The story is a carbon copy with the Flip 4, which recycles the entire camera array, front and back, from its predecessor. Still no telephoto lens to work with, though the ultra-wide can come in really handy for selfies with the Cover Screen acting as a preview to properly frame the shot. What role Samsung’s software might play in improving image quality remains to be seen through testing. The company claims larger Micron pixels and better processing will deliver improved results in night shooting.

It should be noted both phones use the same selfie camera, a 10-megapixel (26mm equivalent). For the Fold 4, that’s the selfie camera on the inside when unfolding it. A separate 4-megapixel selfie camera is embedded in the screen on the device’s Cover Screen.

The real utility with these two devices may be in their respective hinges. Shooters can prop them up in ways not as easily done with standard phones. Samsung didn’t always mention this in past launches, but seems to have gotten the picture now (pun intended) and points out creative positioning and deployment as an asset for its foldable phones.

A Price to Pay

As you might expect, neither of the new devices are going to come cheap. The Galaxy Z Fold 4 starts at $1,799 and will come in gray-green, moon beige, and phantom black. The Galaxy Z Flip 4 starts at $999 and will come in bora purple, graphite, pink gold, and blue. There will also be a Bespoke Edition solely in 256GB offering some customization options.

Those prices don’t continue the decline we saw with last year’s models, which initially started at $200 less than their own predecessors. Still, Samsung’s foldables are slowly but surely entering price levels in line with other flagships and mid-rangers.

Play Inspired by Photos of Nazis Partying as Thousands Die Nearby