The stylish C350LP 4K Google TV series comes with a pure metal stand at the bottom and comes in 43″ and 55″ sizes. The TV has a 4K resolution and is powered by the REGZA Engine, which has been tuned for natural colour reproduction by Color Remaster. 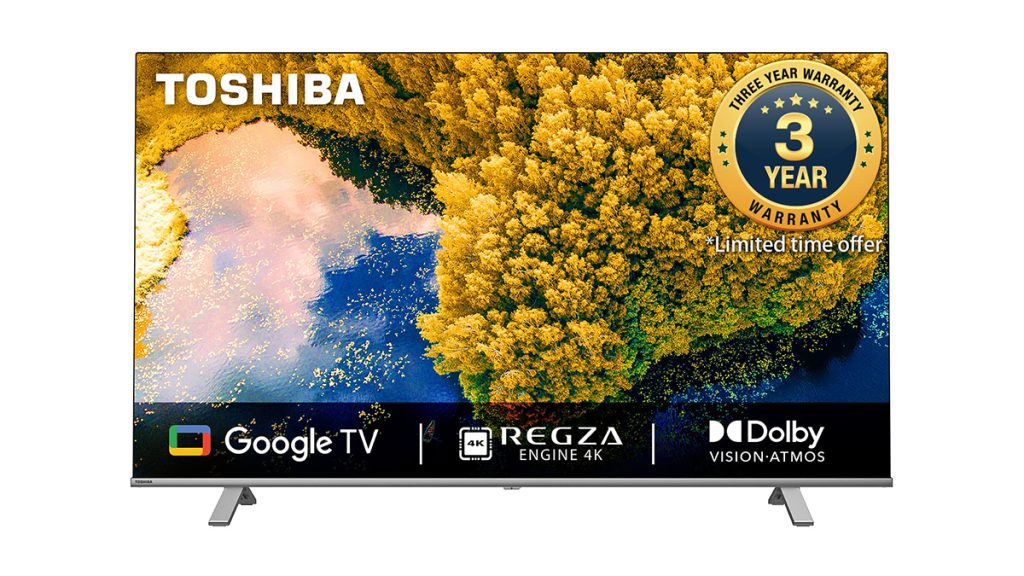 In addition to Ultimate Motion, Sport Mode, and Game Mode with ALLM, the device has Dolby Vision HDR. The TV supports Dolby Atmos powered by REGZA Power Audio in terms of audio output. It offers Dual Band Wi-Fi, BT 5.0 and other common interfaces for connectivity. 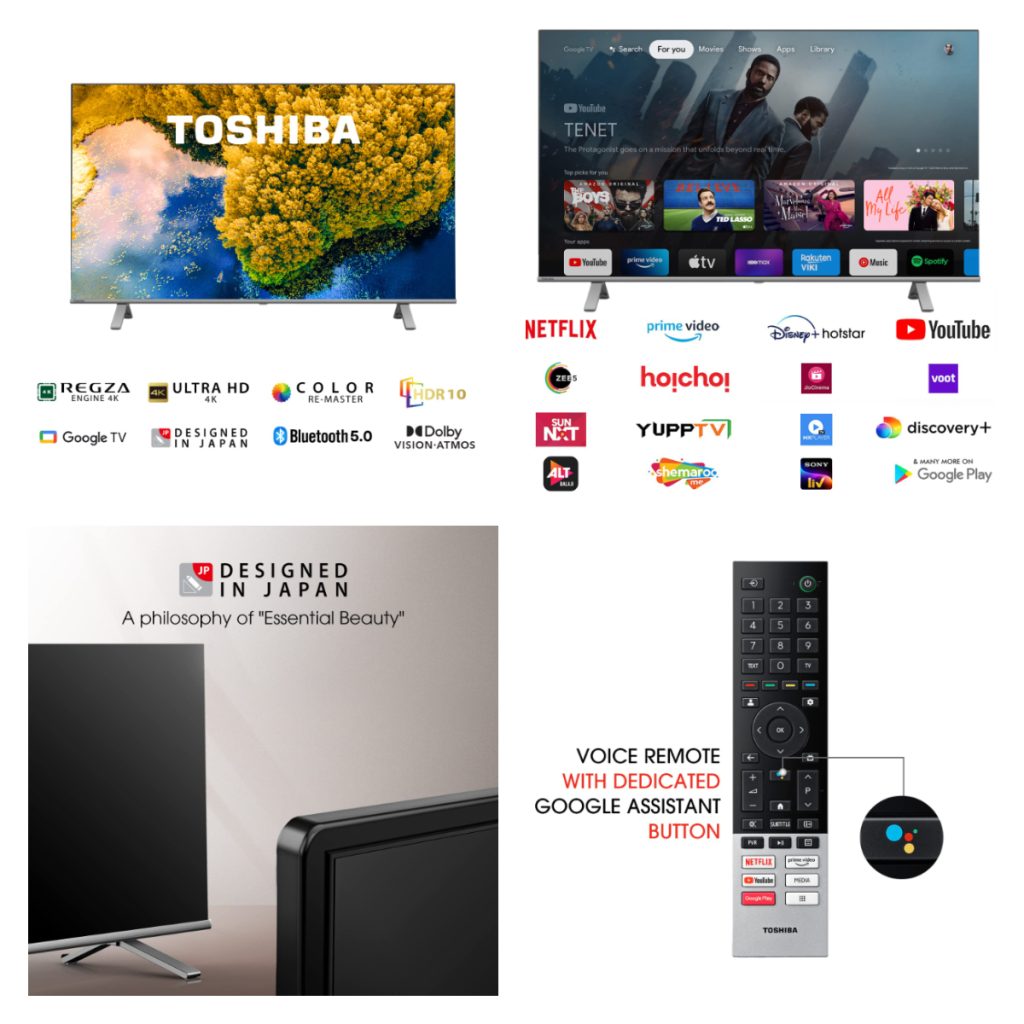 With a REGZA Engine 4K PRO CPU built inside the Toshiba M550 TV, users can enjoy excellent performance and eye-catching graphics every day. It also has Quantum Dot technology and high-quality Dolby Atmos sound to keep you interested in audio and video all day. Additionally, this TV has built-in game and sports modes, so you can stream and play games in a way that is incredibly entertaining. This TV also has a Google voice assistant that lets you control your favourite TV functions and content without having to use your hands. 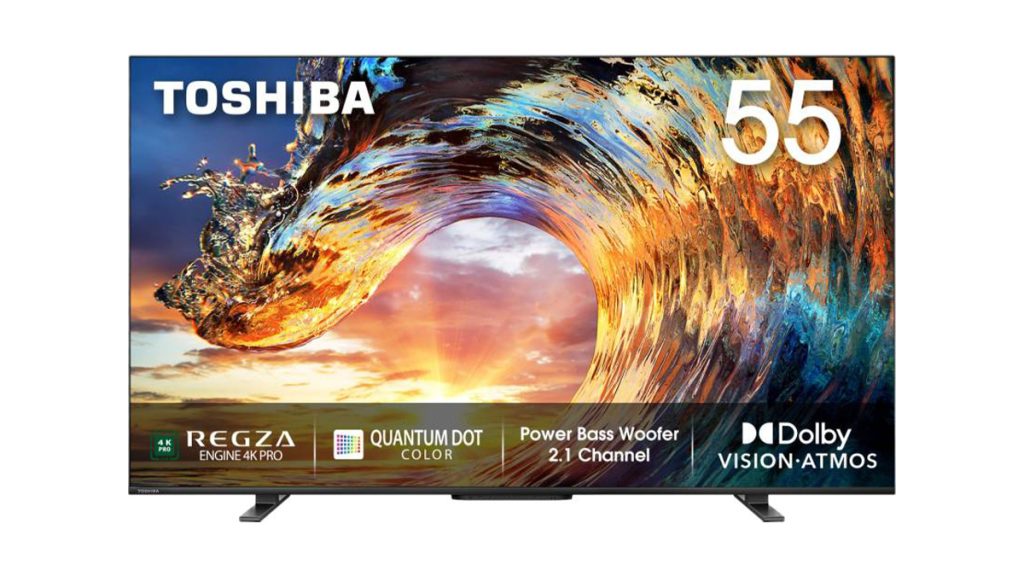 The M550 series has a dedicated 20 watt “Strong Built-in Woofer” at the back, and the 10 watt left and right channel speakers produce a powerful 40 watts of sound that fills the room. It has built-in compatibility for Apple Home Kit, Chromecast, and Air Play. This TV also has a game mode with Auto Low Latency Mode (ALLM), Variable Refresh Rate (VRR), and Far Field Voice Control.

‘We at Toshiba has changed our strategy with the introduction of 4K AI Google TV with the amalgamation of Japanese quality and craftsman ships to provide consumers an unmatched TV viewing experience, we are thrilled to introduce two new 4K Google TV series C350 and M550 (Fully Array Quantum Dot) in India.

3 views on Amazon’s $3.9B acquisition of One Medical – TechCrunch

Meta Commits Additional $150 Million to its Oversight Board