Vivo is preparing for the launch of the V25 Series in India. It is the successor to the Vivo V23 series that was launched back in January 2022 with a unique color-changing glass. A few days back, Indian cricketer Virat Kohli was spotted showing off the alleged vivo V25 Pro. This looks similar to the vivo S15 Pro which was launched in China in May. 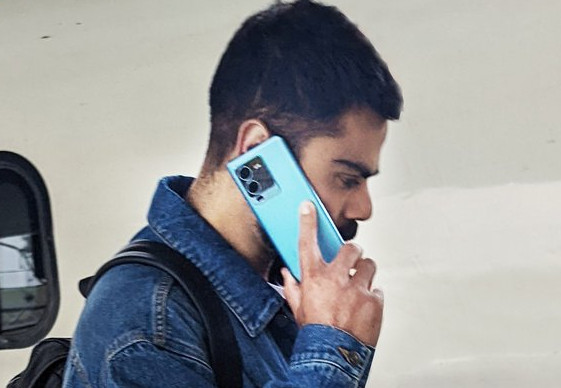 Now, some details of the upcoming vivo V25 series have surfaced, and the smartphone is expected to be announced later this month. So, let’s take a closer look at this new V-series smartphone in India.

The vivo V25 series will, as usual, include a vanilla variant (V25) and a pro variant (V25 Pro). According to insider information from India Today, the V25 Pro will feature a triple rear camera setup with a 64-megapixel main sensor. It will include a Super Night Mode and Optical Image Stabilization (OIS) for clearer pictures and steady movies. It’s expected that the secondary camera will have Electronic Image Stabilization (EIS).

Moreover, a 32-megapixel Eye AF selfie camera will be housed on the front panel. A noteworthy improvement over the 44W fast charging technology on the Vivo V23 Pro is the 66W fast charging offered by the Vivo V25 Pro.

Fluorite AG glass is rumored to be used in the vivo V25 Pro’s color-changing technology. The color of the device will change if it is exposed to sunlight or UV rays.

The V25 Pro smartphone is expected to be equipped with a MediaTek Dimensity 1300 SoC. Apart from this information, other key specifications of the device remain a mystery. We should get more details about the vivo V25 series in the coming days.

US Airman Made Secret Copies of Film Showing A-Bomb Horrors