Volkswagen will offer a cheaper version of its ID.4 all-electric compact SUV that comes equipped with a smaller battery pack, a move aimed at attracting customers as inflationary pressures push vehicle prices higher.

Volkswagen of America said Thursday it will sell three trims of the 2023 ID.4, including a base model with a smaller 62 kWh battery that starts at $37,495 before federal tax credits (and not including the $1,295 destination fee). The base model, called standard trim, is about 6% lower than the equivalent trim level of the debut 2021 ID.4 model.

The 2023 ID.4 is now being assembled at the automaker’s Chattanooga, Tennessee factory, which has helped the automaker push down prices even as it improves some of the interior and exterior features. For instance, all trims of the ID.4 SUV will come standard with a 12-inch touchscreen display — a size that was initially only standard in its limited-run 1st Edition.

The reduced price on the ID.4 is contrary to what nearly every other automaker — including Volkswagen on its other models — is doing in 2022 as supply chain constraints and inflationary pressure has prompted companies to raise prices.

Tesla, for instance, upped its prices in June, with some models increasing in price by up to $6,000. Rivian also has raised prices of its two debut models, the electric R1T pickup and R1S SUV. GM, Ford and even VW Group have raised prices across their portfolios.

Stellantis CEO Carlos Tavares said during the company’s second-quarter earnings call the industry has been in a “sweet spot,” where a lack of semiconductor chips and other parts has hurt production, but high demand has allowed automakers to charge more. He warned that could be ending.

Volkswagen added others features to the 2023 model year of its all-electric compact SUV, including new colors, upgraded exterior, improved center console and aluminum-alloy wheels. Notably, it made previous options standard in the ID.4, including a park assist feature and 45w USB-C charge ports.

The company will offer the ID.4 in three trim levels: standard/pro, S and S Plus with the option of either the 62 kWh or 82 kWh battery packs and rear-wheel or all-wheel drive.

Volkswagen estimates that its cheapest base model — a rear-wheel vehicle powered by a single, permanent magnet synchronous motor and a 62 kWh battery — has a range of 208 miles. A few more features and improvements to highlight on the standard model: it includes new stitching on the dash, fabric and leatherette seat side bolsters that replaces the basic cloth upholstery of the previous model. 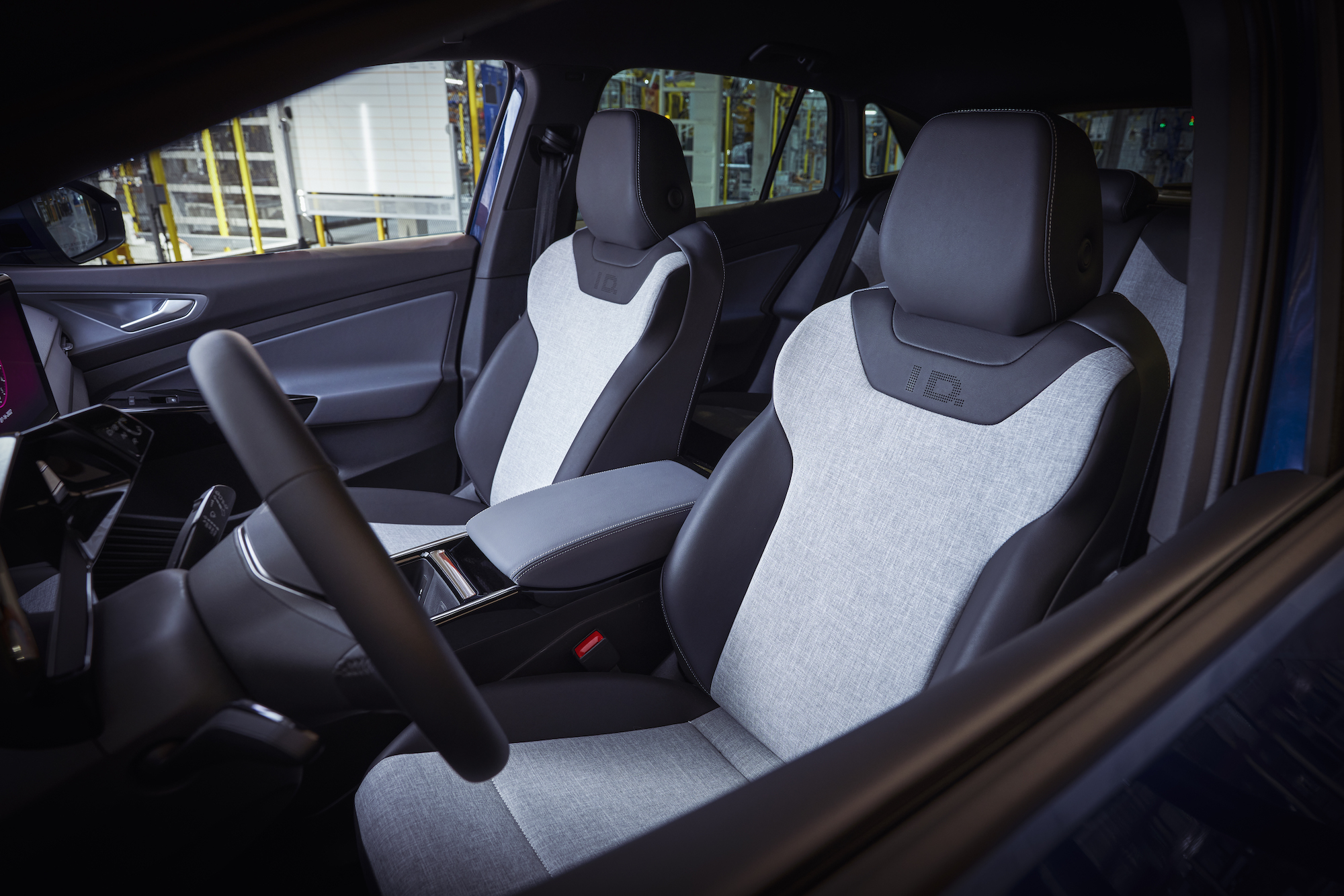 Moving up the line, the rear-wheel ID.4 Pro, which has an 82 kWh battery and an estimated range of 275 miles, starts at $42,495. The all-wheel-drive version, which can travel an estimated 255 miles on a single charge, starts at $46,295 (again, these prices don’t include the added destination fee or a reduction in price from the $7,500 federal tax credit).

The company said that both of these versions have an increased DC fast charging capability of 170 kW.

Finally, the ID.4 Pro S Plus has a base price of $50,195 and the ID.4 AWD Pros S Plus of $53,995. This trim adds “unique” 20-inch wheels, power folding door mirrors with accent lighting, a black painted roof with silver roof accents and silver roof rails, and silver accents on the front and rear bumpers.

Importantly, all trims have “plug&charge” functionality, a feature that lets drivers pull into an Electrify America charging station and simply plug it in to charge without the hassle of using a credit card, app or dongle to initiate the charge. Volkswagen is still offering new owners three years of 30-minute DC fast-charging sessions at Electrify America stations. Electrify America is a subsidiary of VW Group and was started as part of the automaker’s settlement with the U.S. government over the diesel emissions scandal.

The automaker’s IQ.Drive advanced driver assistance system, which requires the driver’s hands to remain on the wheel, also comes standard now on all trims. When the system is activated, it will accelerate or brake to maintain a selected following distance from a vehicle ahead, keep the vehicle in lane and recognize traffic signs. The company has also added a feature that can detect cyclists.

The Beginner's Guide to Tripods