Washington State’s Striking Beauty Through the Eyes of 7 Photographers

Photo Cascadia, a group of seven photographers focused on capturing striking landscapes, has curated the collective’s 200 best photos featuring Washington state’s natural beauty and compiled them in a print book.

Erin Babnik, Sean Bagshaw, David Cobb, Adrian Klein, Kevin McNeal, Chip Phillips, and Zach Schnepf are all photographers from the Cascadia region, also known as the Pacific Northwest. Each photographer has their own photography business, but the collective, now in its 13th year, comes together to pursue their shared interest in photographing landscapes and teaching others how to do so.

The idea of such a photography community is inspired by Group f/64, organized in the early 1930s. That collective included American photography talents like Ansel Adams, Edward Weston, Sonya Noskowiak, and others.

“Beyond our contributions to the field of photography, we take pride in having held together as a collective all these years, longer than Group f/64 and longer than any other photography group that we have seen form,” Photo Cascadia tells PetaPixel. “Our motto of ‘Learn, Explore, Create’ has guided us in finding common ground in our group projects, and our very real friendships have further imbued the team with a rare and special synergy.”

From the Camera to a Print Book

With the collective’s landscape photography contribution in mind, publisher Timber Press approached the group with an invitation to create a book on Oregon. There hadn’t been another extensive photographic book for decades, so the group was thrilled to produce “Oregon My Oregon: Land of Natural Wonders” photobook in 2020.

As a result of the book’s success, the collective began work on a project that was discussed at the time as the next step in the series: Washington Evergreen. Collectively, the team already had an extensive portfolio covering the Washington landscape but still had some gaps to fill. 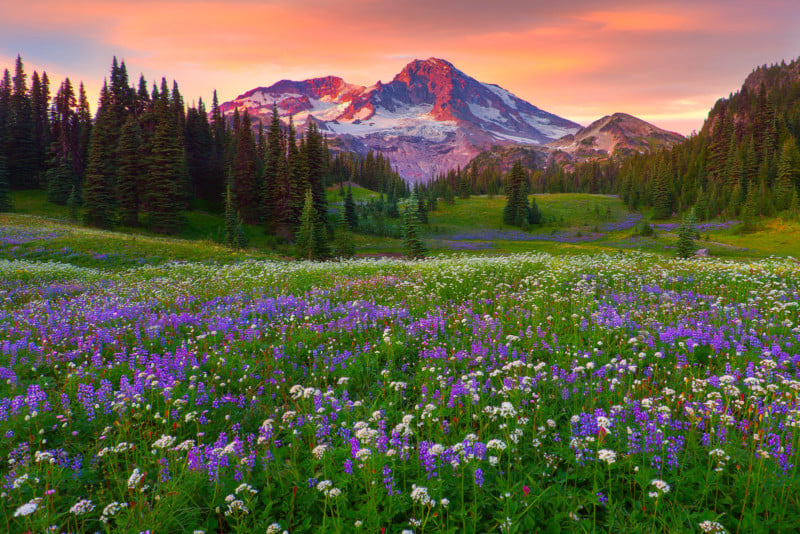 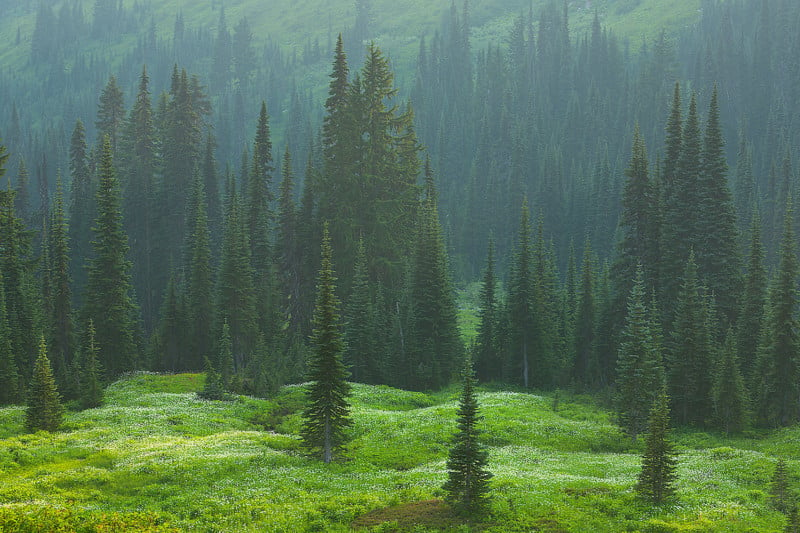 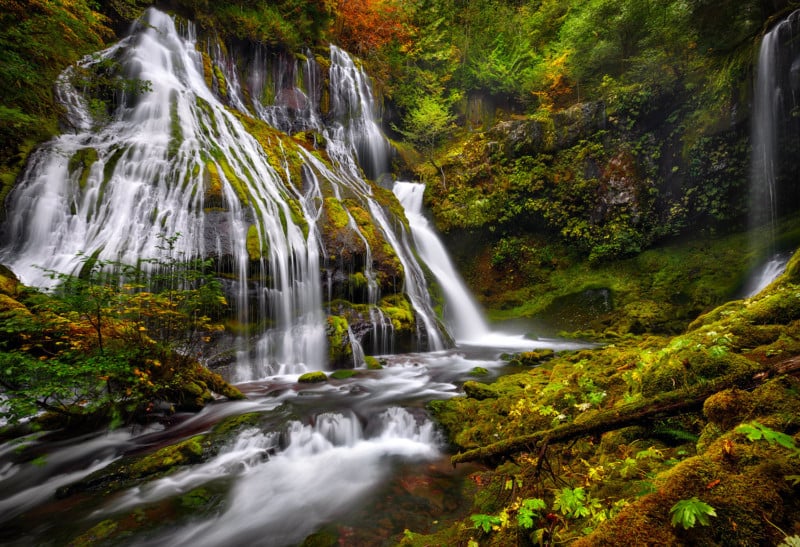 “Several areas of the state were not well represented in our archives, and it was clear to us that some of our older photos could be improved upon with new visits to familiar areas,” the collective explains. “After identifying these gaps and making a wish list, we divided up the regions for members to make special visits in order to maximize our final coverage of Washington’s many natural treasures.” 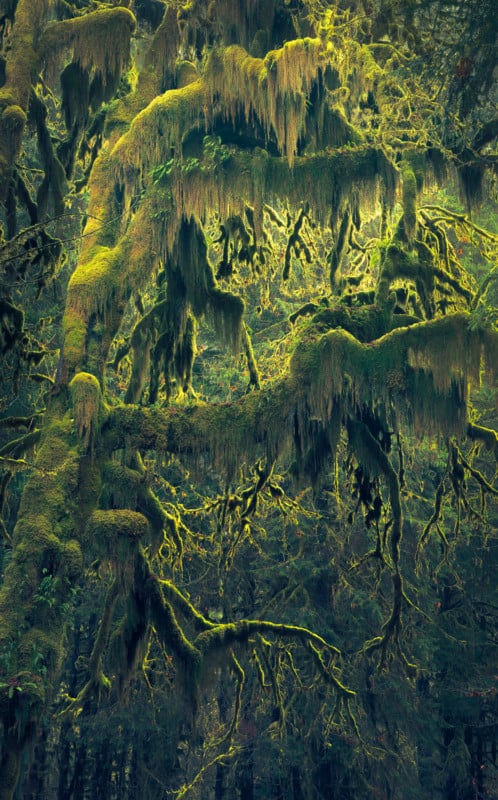 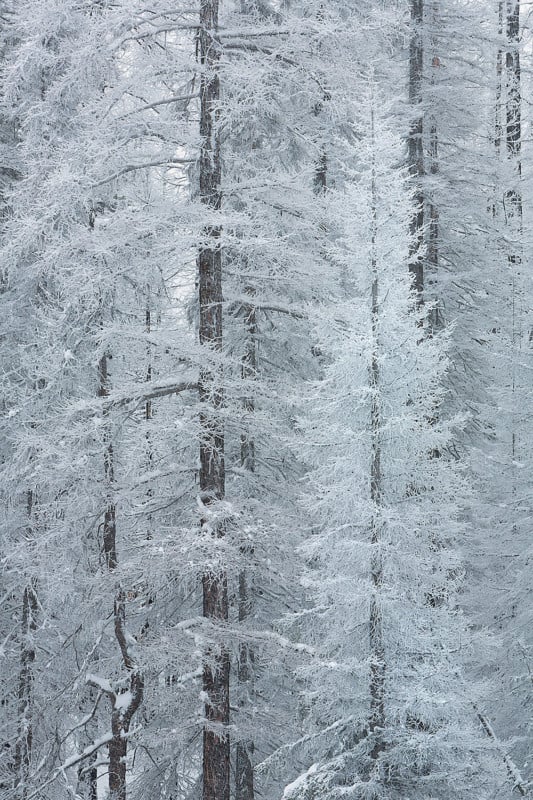 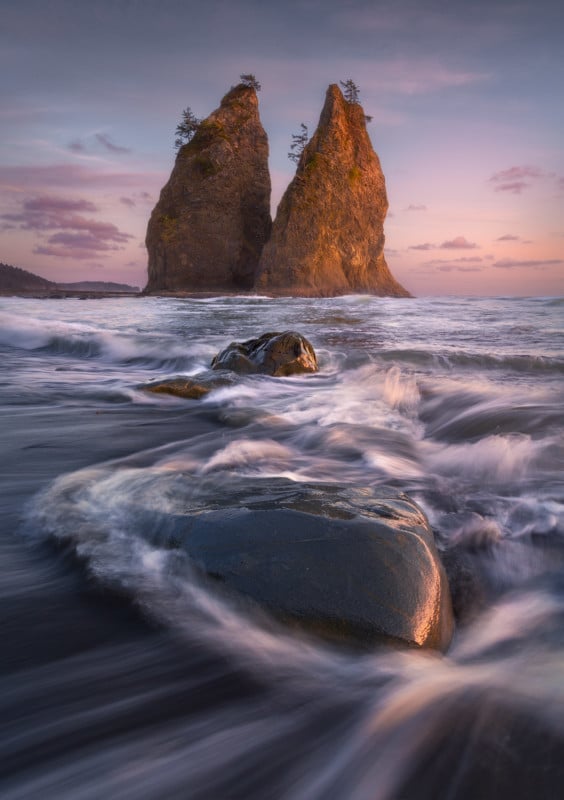 The photographers had all their focus on capturing the photos they needed, while the publisher did all the curating. A big project like this brought the whole team together for a common cause which, in this case, was putting on the backpacks and covering the state on foot because much of the scenery is in the backcountry.

“Adrian Klein and Zack Schnepf camped in the Enchantments area of the North Cascades and were nailed with an early season snow and ice storm,” the team recalls. “Returning to their vehicle the next day meant a steep descent over ice-covered boulders on the way down from Aasgard Pass.” 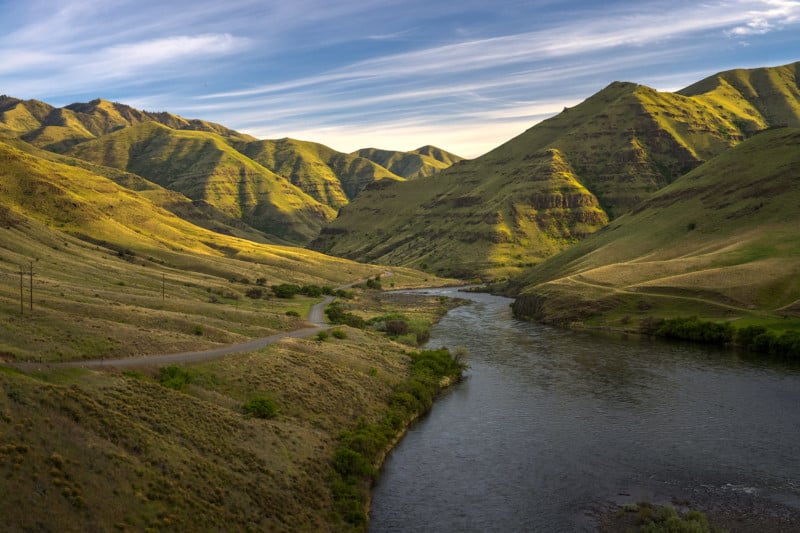 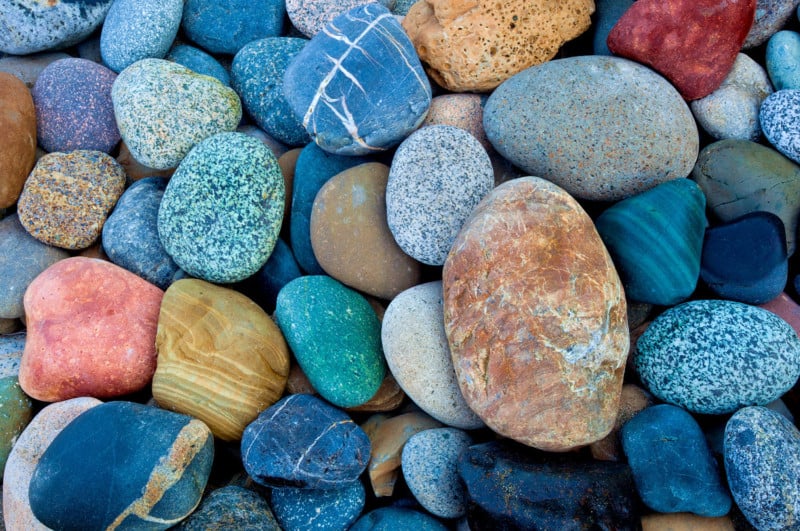 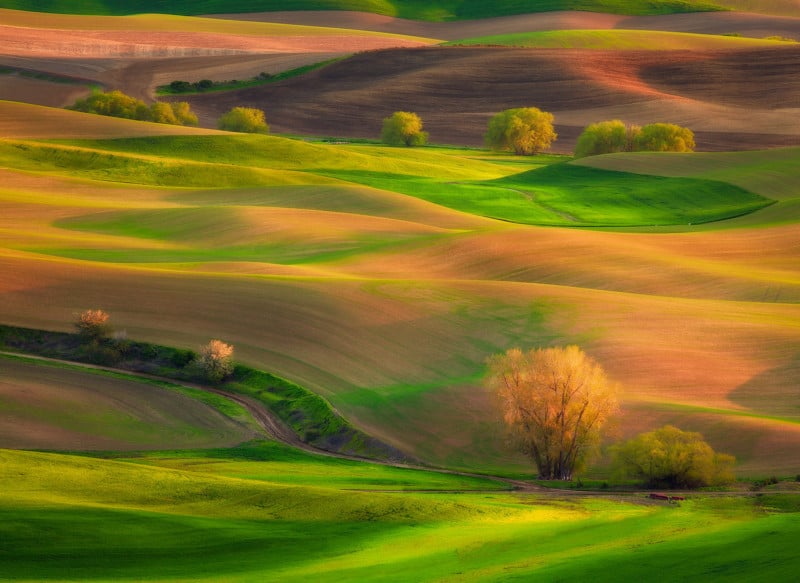 Not every trip was a success. For Sean Bagshaw and Cobb, none of the photos from their seven-day backpack trip made the cut. That didn’t dampen their spirits because they got to backpack to seven locations in seven days and enjoyed each other’s company while in the backcountry.

“Adrian Klein had a water taxi drop him off at Sucia Island and Marine Park in the San Juan Islands with his five peanut butter and jelly sandwiches,” the group adds. “He walked over 30,000 steps in those 24 hours and had a field day photographing this scenic location, and a few of those images are in the book.”

Overall, the project involved a lot of planning. Some lands were only accessible with the help of a Native American guide. Other times the group had to carefully watch the weather forecast and the tides. Some parts of the land were also open only at certain times of the year, like the Juniper Dunes Wilderness.

Promoting the Preservation of Nature

Having finished the extensive project, the group hopes the photo book “will bring into focus the great variety of Washington state’s magnificent outdoor environments, hopefully instilling in our viewers a desire to deepen their relationships with the state and with the entire Pacific Northwest region by extension.”

The book is only a brief insight into what the state offers for visitors, travelers, and photographers. With that in mind, the collective encourages readers to be inspired by the book to explore the region themselves. 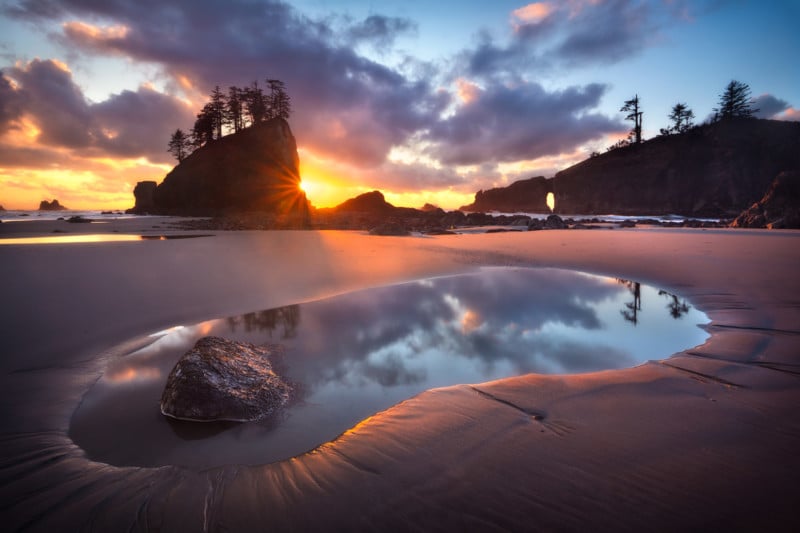 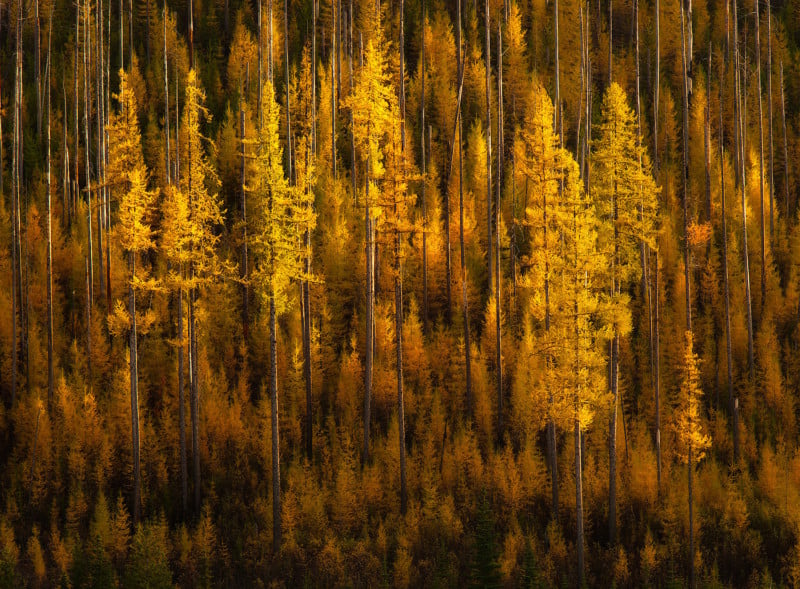 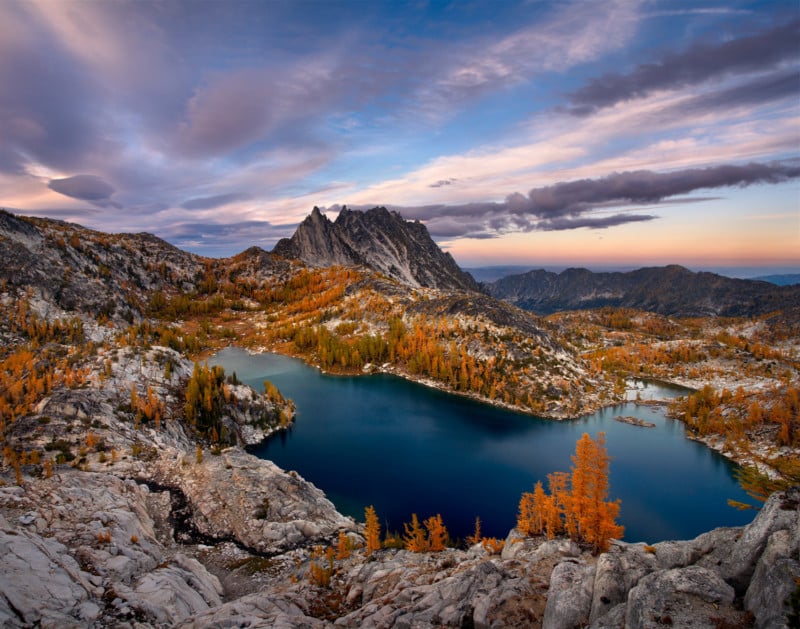 “Even more importantly, we hope that readers take to heart the ephemeral nature of these wonderful places and join us in our efforts to conserve them. Many of the photographs in the book depict scenes that no longer exist for a variety of reasons,” the group adds.

“With any luck, our book will help readers to understand how fortunate we all are to have such a wealth of natural beauty in the region and what is at stake when we make decisions that can impact nature irreversibly.”

“Washington Evergreen: Land of Natural Wonders” is available for pre-order. More of Photo Cascadia’s work can be found on the collective’s website.