The International Data Corporation (IDC), a data research organization, has issued the worldwide tablet and Chromebook shipments report for the second quarter (Q2) of 2022. According to IDC, global tablet shipments reached 40.5 million units, a 0.15 percent year-on-year increase, while Chromebooks continued to slide, with shipments decreasing 51.4 percent year-on-year to 6 million units in Q2 2022. Let’s dig deeper into this analysis.

As previously reported, the tablet market was constant in Q2 2022, increasing by 0.15 percent. Apple continues to lead the industry, with a 31% market share and 12.6 million shipments in Q2, 2022. Following Apple is Samsung, which has an 18.1 percent market share and 7.3 million unit shipments despite a 10.6 percent YoY fall. Amazon’s Kindle reader is solidly in third place, with 5.5 million copies shipped.

According to IDC, new manufacturers like as Xiaomi, OPPO, Vivo, and realme appear to have outperformed expectations, contributing to growth in the Android tablet market in the third quarter.

Analysts said that the increase was attributable to easier tablet deployments in education projects, as well as various special sales, such as the “618” online promotion days in China and Amazon’s Prime Day in the United States, which resulted in higher-than-expected shipments in the quarter.

The tablet market performed better than expected despite the inflationary pressures, geopolitical issues, and continued restrictions in China due to Covid. There are several factors that are working in favor of tablets: one being the continued demand for tablets as cheaper alternatives to PCs.

Also, many top players have been doing a tremendous job with their distribution strategies and have been able to fully supply tablets for several education projects. Also noteworthy is the proliferation of low-cost detachables, especially from new entrants in regions like Asia/Pacific (excluding Japan and China), that are tapping into the demand for devices for education purposes and disrupting the vendor dynamics.” 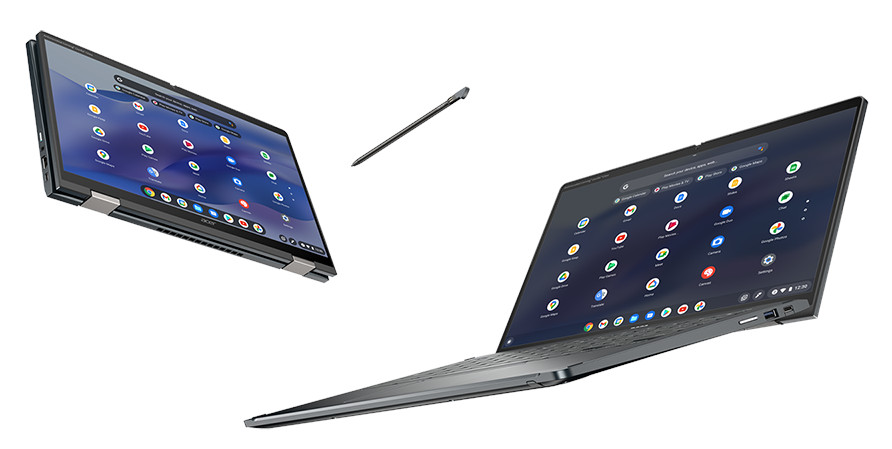 The decline in the Chromebook sector was mainly contributed to by soaring demand in the education sector. Yet, analysts believe that there’s still an opportunity for the Chromebook market to shift to an upward trend as the pandemic has brought about positive changes to Chrome adoption.

While Chromebook shipments have trended down in the past few quarters, there’s still opportunity to be had as the pandemic has brought about positive changes to Chrome adoption. The need for remote learning accelerated schools’ plans to reach a 1:1 ratio for PCs to students and this ratio will likely continue to hold in the future and even if PC shipments decline in other categories, Chrome will continue at these elevated levels.