The teaser page of the Xiaomi NoteBook Pro 120G quotes “Fast Fluid Fantastic,” citing the laptop will have fast and fluid performance. The teaser image of the laptop is very similar to the 2021 models. Xiaomi hasn’t revealed any specifications of this laptop.

The 120G word in the moniker could refer to the laptop’s use of the latest 12th Intel processors or 120Hz screen. We are anticipating that it could be a slightly tweaked version of RedmiBook Pro 15 2022 that was launched in China back in March.

The Xiaomi Smart TV X series, on the other hand, has been teased with the tag line “4K Your New Resolution,” implying that the series will include a variety of 4K televisions of various sizes. These televisions are expected to include Xiaomi’s Patch Wall, a UI layer on top of the Android operating system. Other details about this series are currently unknown. 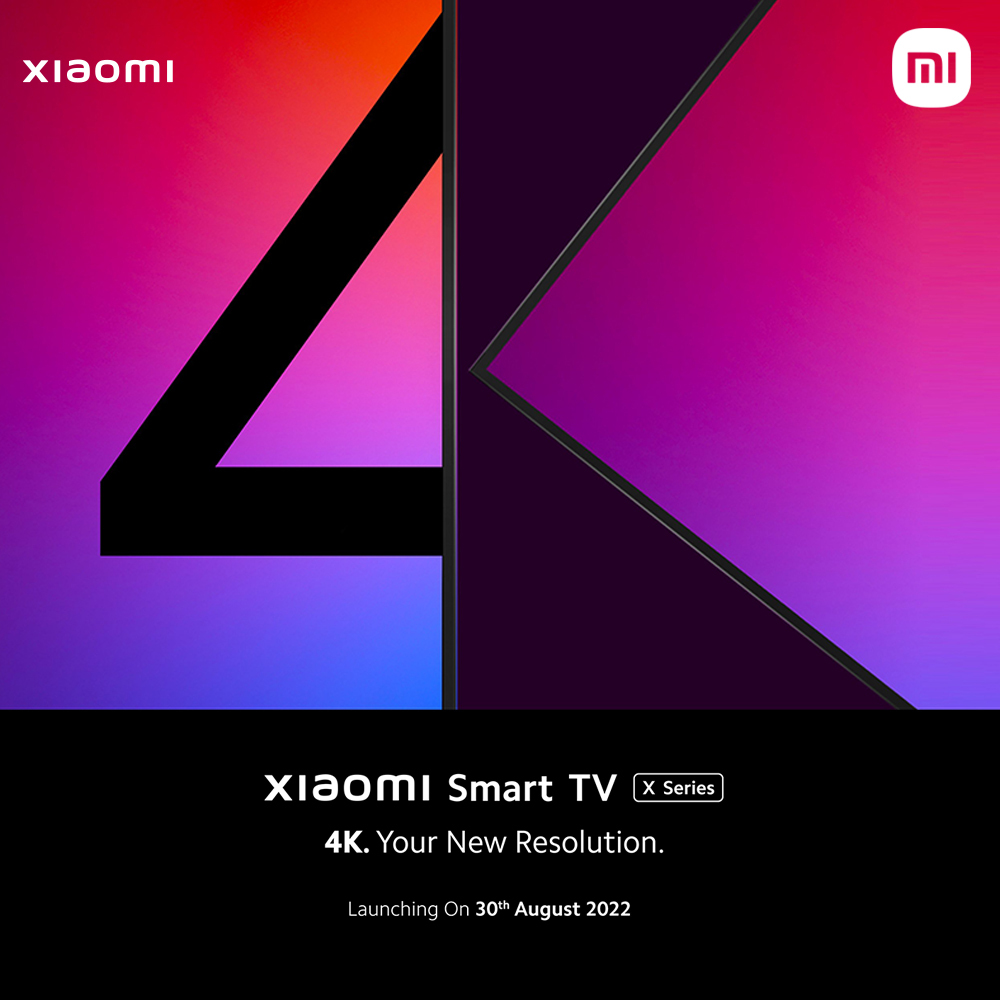 In the upcoming days, we should get more information about these two products, launching on August 30.