Chinese tech giant Xiaomi has unveiled smart glasses equipped with a 50-megapixel camera as well as an 8-megapixel periscope camera that is capable of up to 15x zoom and 100 minutes of continuous recording.

Equipped with an internal 1,020 mAh battery as well as magnetic 10W charging, the Mijia glasses can record continuously for up to 100 minutes and can go from 0% to 80% charge in less than 30 minutes — all while weighing only 100 grams.

The product has a Sony Micro OLED display with up to 3,000 nits of peak brightness and TÜV Rheinland certification for eye protection. The glasses also have an LED shooting indicator on the front of the camera body, which will light up to show others when the wearer is taking pictures or recording videos.

The Mijia Glasses are driven by a Qualcomm Snapdragon 8-core chipset and include 3GB RAM, 32GB storage, dual WiFi, and Bluetooth 5.0. According to Xiaomi, the product boasts a variety of intelligent Augmented Reality (AR) functions including “time backtracking,” which can save videos within 10 seconds before pressing the shutter and shooting.

The technology supports one-click sharing to users’ social media platforms and photos can be quickly imported from the Mijia Glasses to the user’s smartphone through the associated app.

The Mijia Glasses also features real-time Xiaomi AI text translation between English and Chinese, as well as intelligent recognition of animals and plants in the scene. Other AR features, such as screen-casting, are promised to come in later updates of the product. 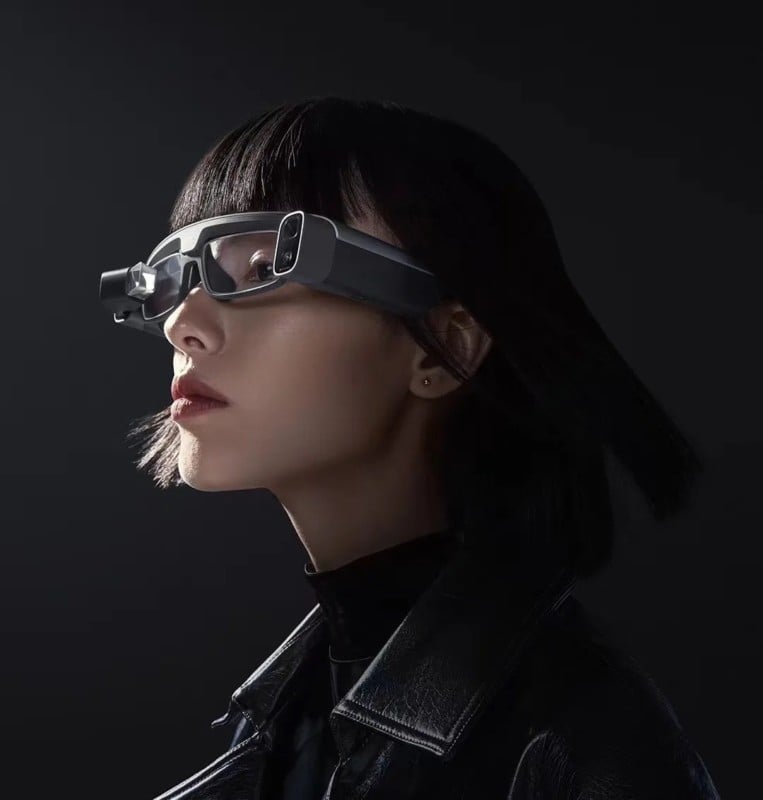 Xiaomi will launch a crowfunding campaign for the Mijia Glasses on August 3. Customers in China will be able to pre-order the product for the discounted price of 2,499 yuan, or about $370 while the product is expected to retail for 2,699 yuan, or around $400 in the future.

Sparrow News reports that it’s unclear whether Xiaomi will market Mijia Glasses outside of China. While not yet a household brand in the U.S., Xiaomi is a top five global smartphone manufacturer in Asia.